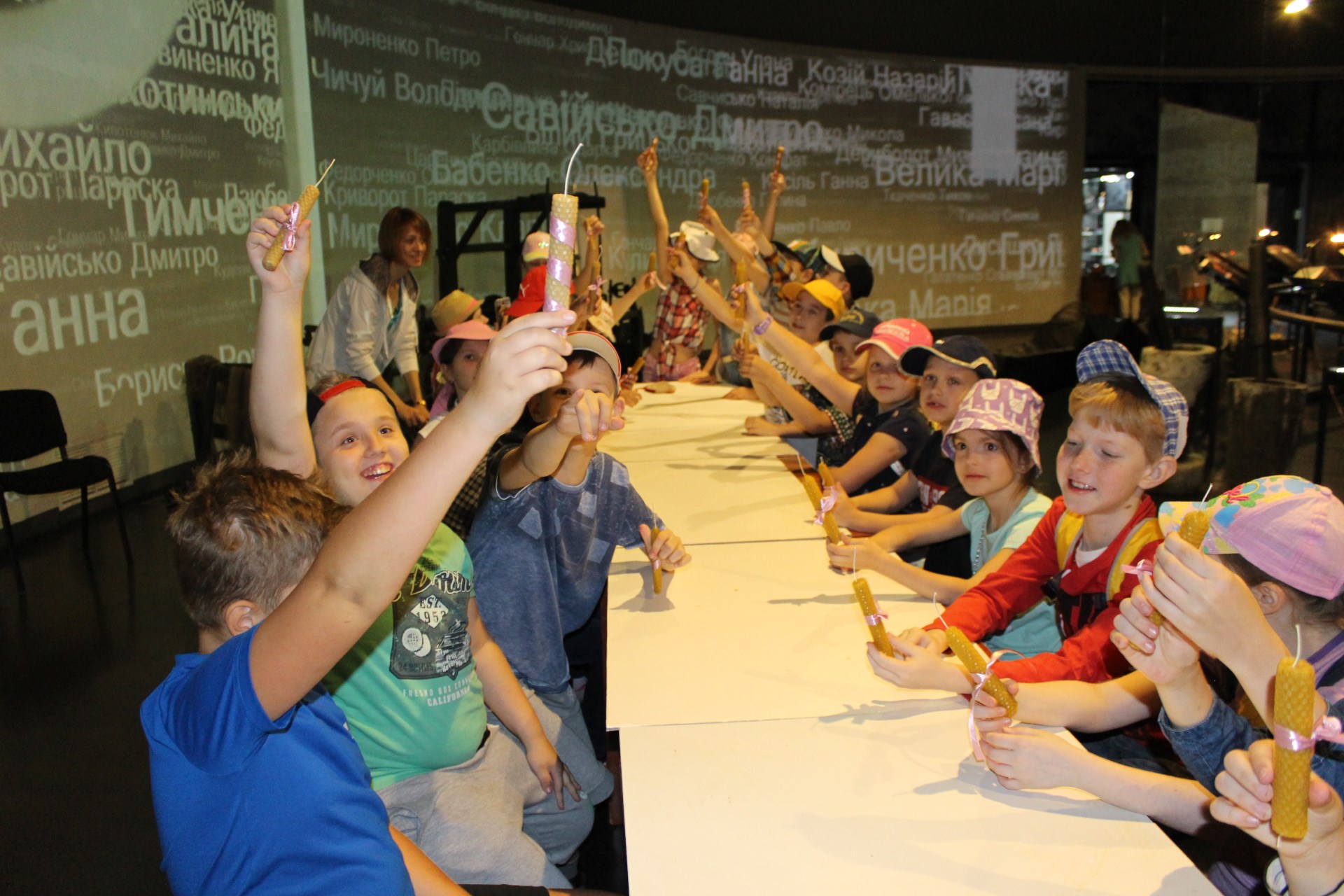 Every year on June 1st, Ukraine celebrates International Children’s Day. Today, our youngest visitors had an educational session. They learned how to make candles, which they will light on November 24 at 16:00 on the Day of Holodomor Victims’ Remembrance.

During the class, pupils got to know about the life of Ukrainians 100 years ago – on the eve of Holodomor. Students have been working with the copies of archival photographs of the 1920`s and early 1930’s.It helped them to understand the traditional lifestyle of Ukrainian families before Holodomor. An employee of the museum also told them about how the lives of Ukrainians during Holodomor changed. Shcoolchildren played a game with a puzzle card, which helped them to remember what the territory of Ukraine was in the 1930s.

After the lecture part, the children, under the guidance of a museum employee Olga Vygodovanets, switched to practical work: making candles of memory. When Olga asked “Kids, when will you light your candles?”, everyone answered “November 24 – on the Remembrance Day of the Holodomor victims.”

The tradition of honoring the memory of more than 7 million Ukrainians, victims of the Holodomor-genocide, by burning of candles on the fourth Saturday of November has been deeply rooted in the life of Ukrainian society and is a strong manifestation of our nationwide sorrow, memory and unity.