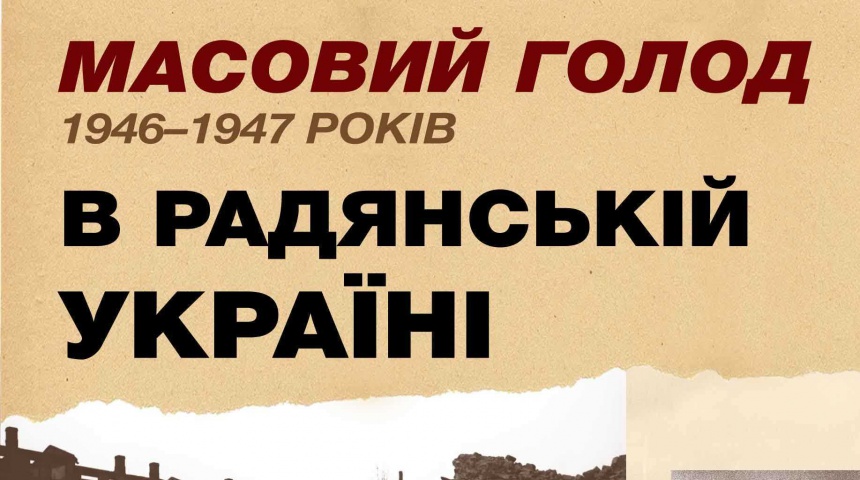 In Dnipro an exhibition about mass famine 1946-47 was presented

From May 29, a photo-documentary exhibition “The Mass Famine of 1946-1947 in Soviet Ukraine”, developed by the National Museum of the Holodomor Victims’ Memorial, was opened in the 9th hall of the Dnipropetrovsk National Historical Museum named after Yavornytsky.
The fact of post-war starvation has long been ignored and suppressed by communist leadership, until the collapse of the USSR. Concerning this tragedy, the notion of “years of post-war devastation”, “temporarily difficult life of the population of the USSR” was used.
With the independence of Ukraine, changes in the perception and coverage of the events of 1946-1947 became noticeable. There was a declassification of a series of secret documents that objectively demonstrated the presence of hunger on the territory of Ukraine, realistically demonstrated the situation of Ukrainians during this period and exposed the perpetrators of those difficult times.
The exhibition reveals the causes of the post-war famine in Ukraine, shows the life of different sections of the population in those years and the consequences of the disaster. Particular attention of the exhibition is given to the role of leadership of the USSR and the Ukrainian SSR in bringing the citizens to starvation.