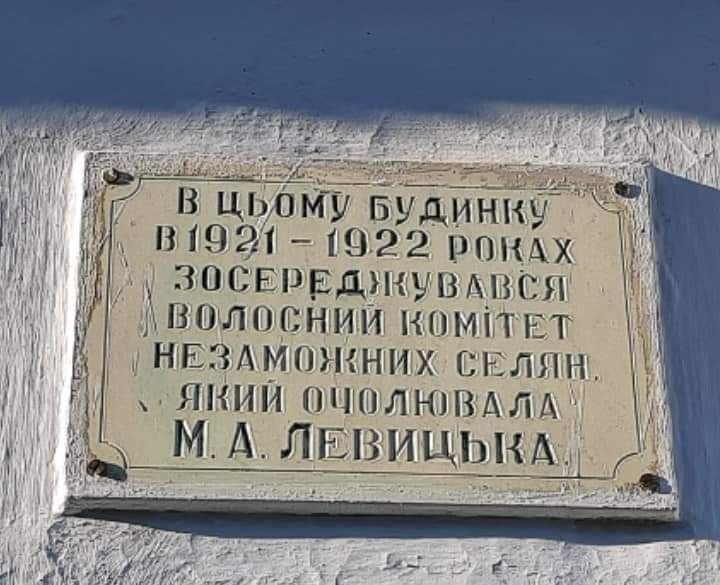 In the Khmelnytskyi region, a memorial plaque to Komnezam was dismantled

In Vovkovyntsy village in the Khmelnytskyi region, a memorial plaque, which was installed as a reminder, that the village committee of poor farmers (komnezam) located in this building, was dismantled, the project “Decommunization. Ukraine” reports. This cell, as the inscription on the board indicates, was active on the premises in 1921-1922, that is, exactly one hundred years ago.

Let us remind that the network of komnezams was created by the Bolsheviks in May 1920 to implement the social and economic policy of the Bolshevik government in the countryside, in fact, to perform the worst work of the Bolshevik regime. They included, as a rule, rural idlers and outsiders who suddenly found themselves at a high level of power. As the “Encyclopedia of the Holodomor” points out, komnezams contributed to the implementation of forced collectivization and dekulakization policy in 1929–1931, participated in the activities of towing brigades, the work of village councils, engaged in seizing farmer bread, and were represented in various commissions to establish backyard grain procurement tasks.

At least 150 people died in Vovkovyntsi village during the genocide, according to the National Book of Memory of the Victims of the Holodomor of 1932-1933, Khmelnytskyi Region. It was possible to establish the surnames of 92 people. It is impressive that in the village, there was still a memorial plaque commemorating the organization that was directly involved in the robbery of the villagers and, as a result, the Holodomor.