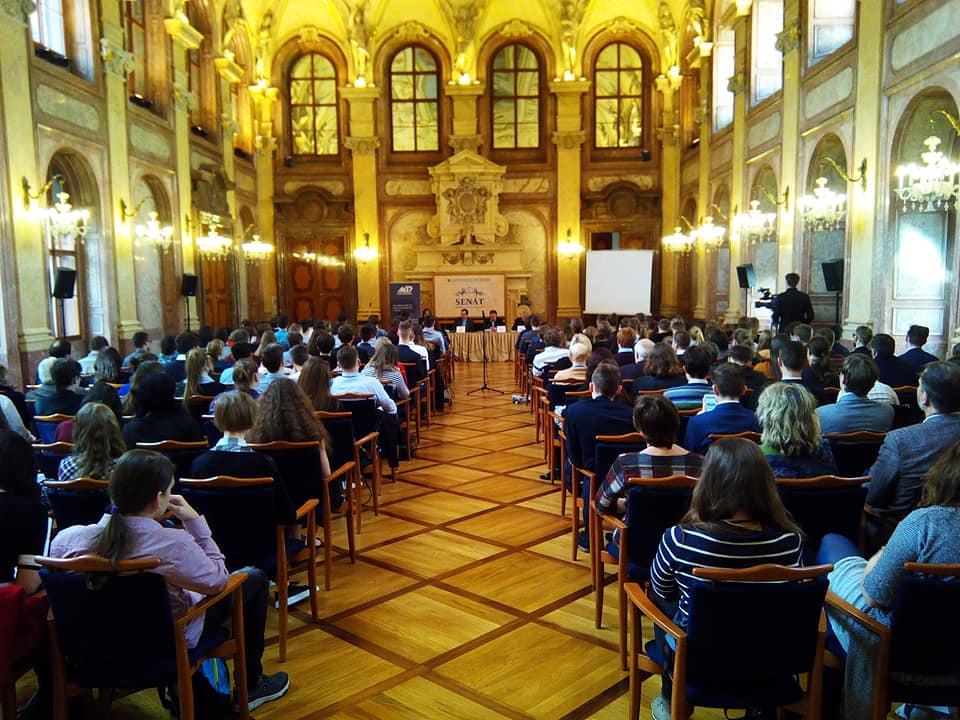 In the Parliament of the Czech Republic, a workshop on the crimes of Communism was held

On February 22, 2019, in the walls of the Senate, the upper chamber of the Czech Parliament, a workshop about the crimes of Communism was held for students, high shool pupils and the public. Most of the reports and discussions concerned the Holodomor in Ukraine in 1932-33 as one of the greatest crimes of communism in Europe, Radio Liberty reports.

David Svoboda, a historian from the Institute of Totalitarian Regimes, told the young audience about how Ukrainian society became the victim of the Stalinist ambitions of world domination and what is the role of this tragedy in today’s events in Ukraine.

The debate was attended by the deputy of EU Parliament Jaromyr Štětina, a member of the Committee on Foreign Affairs of the European Union, who spoke about how difficult it is to resist Russian propaganda in Europe and to explain that Ukraine is now “fighting against Russian aggression not only for itself but for us as well, for whole Europe.”

“We realized how little the young generation knows about the events of the 20th century, not only about which the life was during Communism, but also how this regime came to power, which events contributed to this. Young people must understand that these events can be repeated if they are not critically understood,” Tomaš Černin, a member of the Senate Committee on Foreign Affairs, Defense and Security, from the TOP 09 Party, said in his commentary to Radio Liberty.

Recall that during the official visit of the Minister for Foreign Affairs of the Czech Republic Tomaš Petršicek to Kiev, he and Pavlo Klimkin honored victims of the Holodomor.