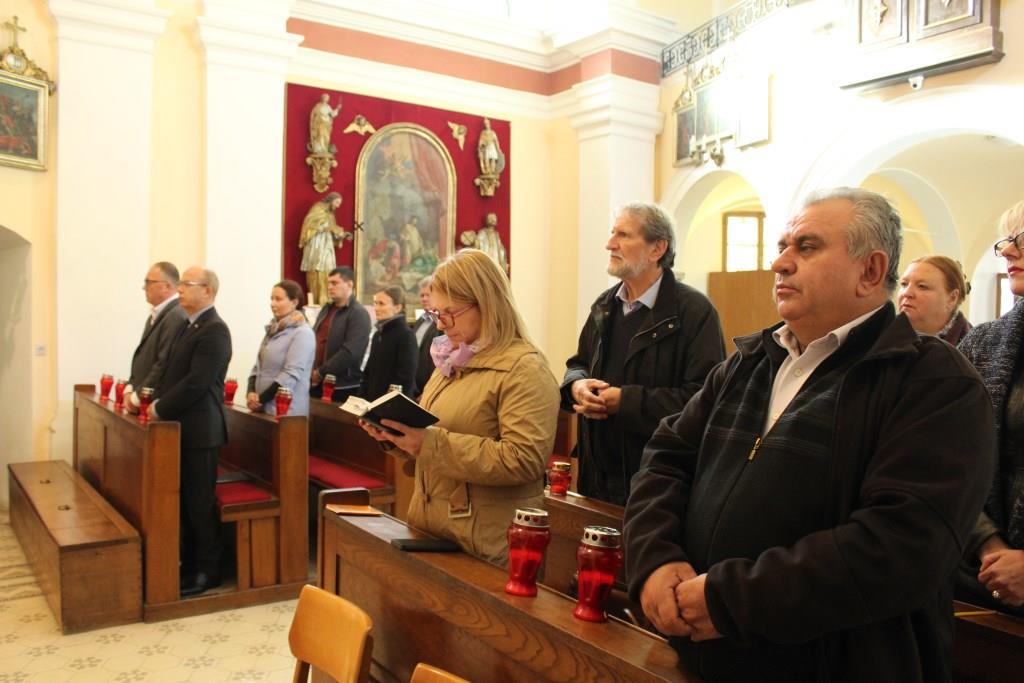 International action "Let's Light a Candle of Memory!" In Slovenia

On October 24, 2018, on the initiative of the Embassy of Ukraine in Slovenia and with the assistance of the KT “Ljubljana-Kyiv”, a celebration of the Holy Liturgy and the memorial service for victims of the Holodomor in Ukraine in 1932-1933 was organized by the priest Vasyl and Archimandrite Kyrion of the UOC-KP, the press-service of the Ministry of Foreign Affairs of Ukraine informs.

The event was attended by the representatives of Ukrainian community in Slovenia and Slovenian public, as well as members of religious circles.

In his speech, the Ambassador drew the attention of present people to the consequences of one of the most terrible tragedies of our time, and also emphasized that the whole world should pay tribute to those who gave up their lives by protecting the right for free existence of the Ukrainian nation.

During the Divine Liturgy, the names of 85 dead children from the list of millions of victims of the Holodomor, who were killed by starviation because of the actions of the supporters of the Stalinist regime, were mentioned.

At the end of the memorial service, the participants were able to get acquainted with the “Executed by Starvation: The Unknown Genocide of Ukrainians” exhibition.

On September 1, the action “Let’s Light a Candle of Memory” started at the National Museum “Holodomor Victims Memorial”.