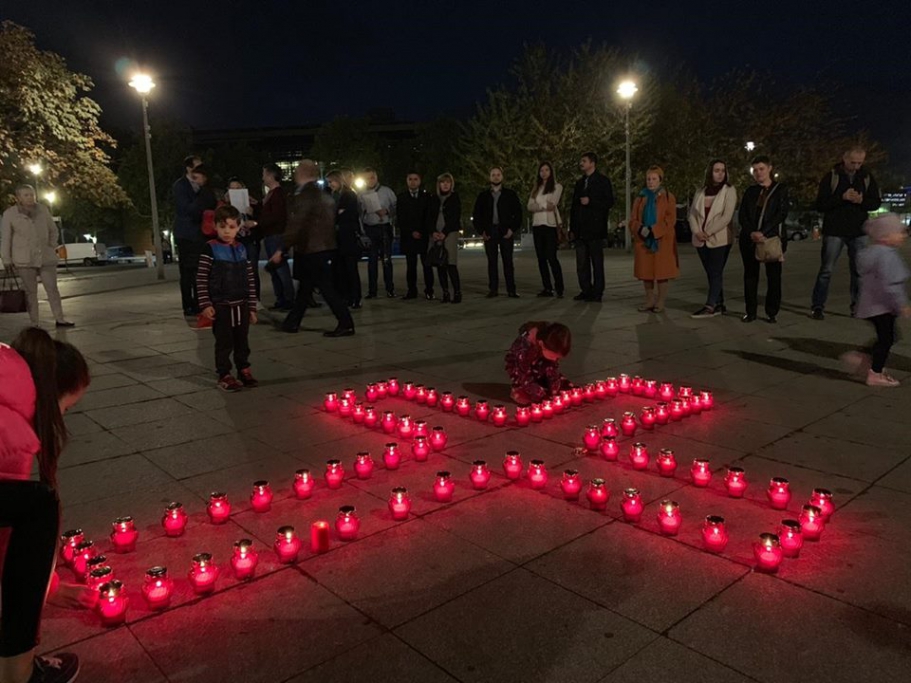 International action "Let's Light a Candle of Memory!" was held in Berlin

On October 16, 2018, Ukrainians, who live in Berlin, held an International Action “Let’s Light a Candle of Memory!” to commemorate the 85th anniversary of the Holodomor-genocide on the Dorota-Schlegel-Plats square. Participants lit the candles in memory of millions of victims of the genocide and mentioned the names of the children who were killed by the Soviet authorities in 1932-1933.

The holding of the action on this square was not accidental, because this place is full of memories of the murder of Jewish children, and a monument to the victims of the Holocaust is located next to it. Also, a photo exhibition “Children in War” is being exhibited on this square. It tells about the destinies of Ukrainian children in the conditions of today’s war on the Donbass.

The event was attended by clerics, diplomats, activists, residents of the capital. The attendees signed an open letter to the Federal President of the Federal Republic of Germany Franco-Walter Steinmeier and Chancellor Angela Merkel calling to recognize Holodomor as the genocide of the Ukrainian nation. According to the head of the Central Union of Ukrainians of Germany, Lyudmila Mlosh, the Ukrainian community has been organizing events commemorating Holodomor victims in Berlin for 10 years and writing letters to the authorities of the Federal Republic of Germany. This year, the President of Germany, on his official visit to Ukraine, visited the National Museum “Holodomor Victims Memorial”.

The event is also planned to be held on October, 17th in Dusseldorf, Munich and Frankfurt-am-Main.