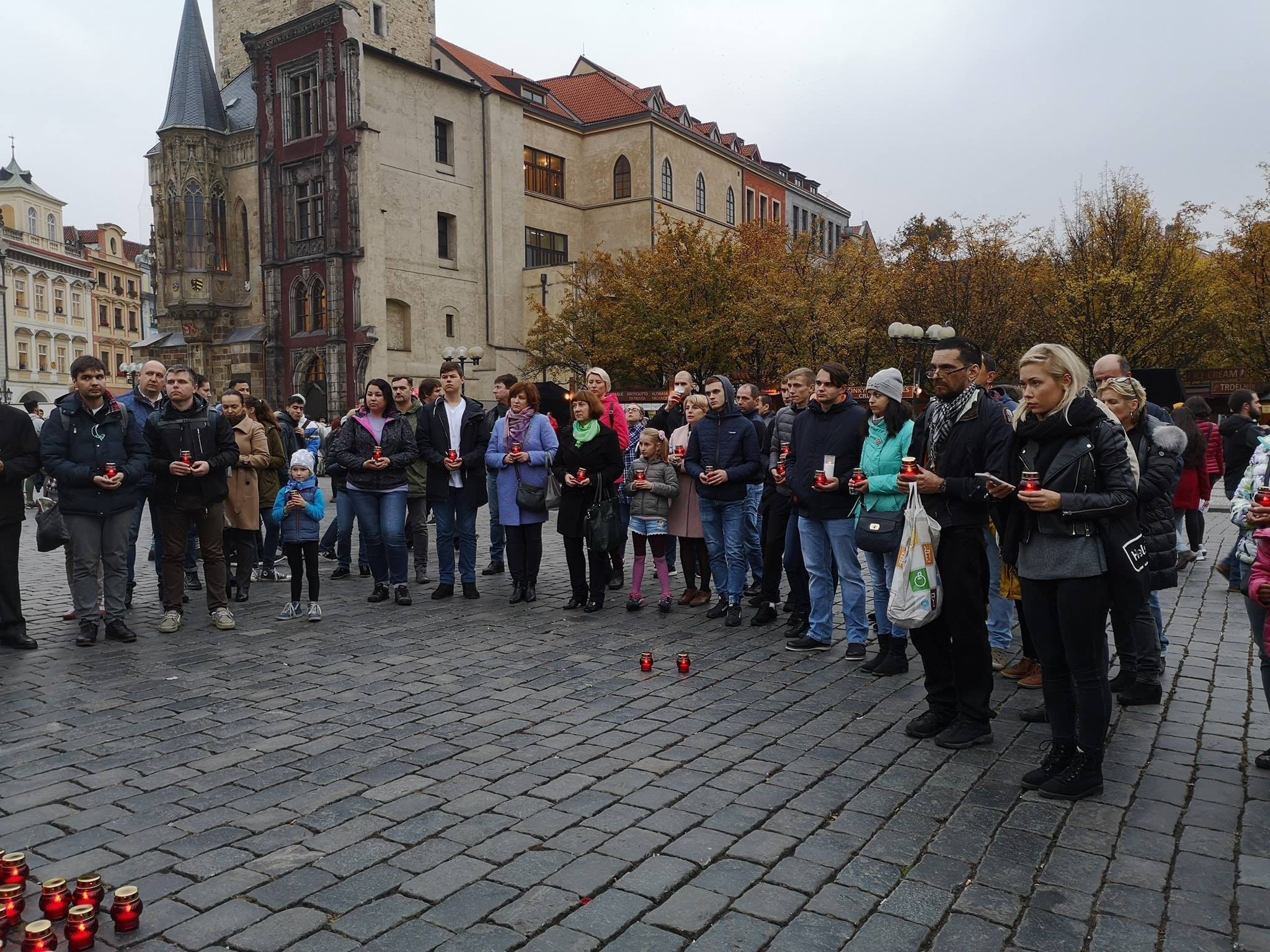 On November 4, 2018, the cities of Prague and Brno joined the international action «Light a candle of remembrance!». It is reported on the Facebook page of the Embassy of Ukraine in the Czech Republic.
In the Greek Catholic Churches of Prague and Brno there were prayers for the dead.
At the Old Town Square of Prague, representatives of Ukrainian NGOs from the Czech Republic, the Embassy of Ukraine, the Ukrainian Institute of National Remembrance, the Czech community paid homage to the victims of the genocide of the Ukrainian people and lit candles of memory.The participants of the action proclaimed 85 names of starved children and held a minute of silence in sake of the memory of all starved Ukrainians.
Participants in the action in the cities of Prague and Brno had an opportunity to get acquainted with the materials of the exhibition “Executed by Hunger: Unknown Genocide of Ukrainians”.
On October 28, the action “Let’s burn a candle of memory!” was also held in the city of Liberec.
We remind that on September 1, the action «Light a candle of remembrance!» began at the National Museum “Holodomor Victims Memorial”.
During the 85-days campaign, you can watch the process at the web-site “85th anniversary of the Holodomor“.