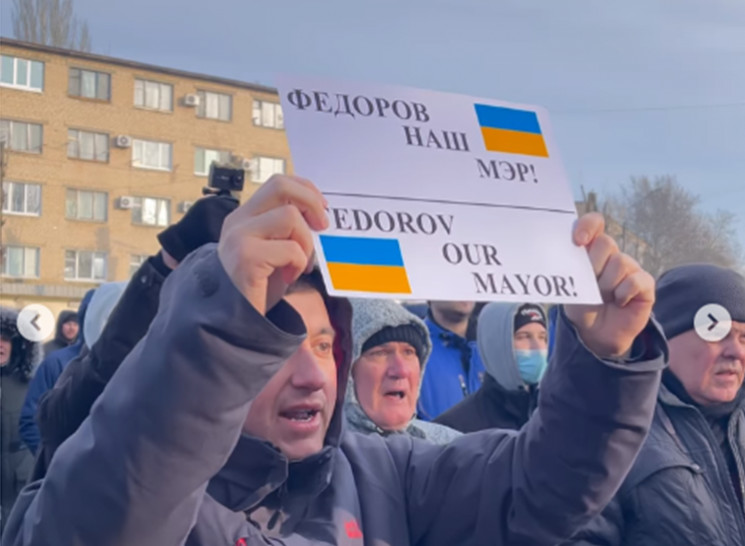 Intimidation, arson, kidnapping – the occupiers are organizing repressions in Ukraine

Pressure, threats, intimidation, arson, abduction, and even murder – modern Russian occupiers in the best traditions of the NKVD arrange repression against civilians in the occupied territories.

So, in Kherson at night, on March 14, unknown burned down the house of the secretary of the City Council, Halyna Luhova. Eyewitnesses said that near her building in Antonivka, they saw two people who broke a window and threw something heavy inside, after which the house caught fire. No one was in the building at the time of the arson, so miraculously no one was injured. Halyna Luhova confirmed this information to the Suspilne. “I was left homeless. I think I am on the list for physical destruction,” she said.

The day before, on March 13, in Dniprorudny (Zaporizhzhia region), Russian invaders kidnapped Mayor Yevhen Matveev. The head of the Zaporizhzhia Regional State Administration, Oleksandr Starukh, announced this. “War crimes are becoming systemic. The mayor of Dniprorudny Matveyev Yevhen Serhiiovych was kidnapped,” he said.

It should be noted that this is the second kidnapping of the mayor in the Zaporizhzhia region. On March 11, the Russian occupiers kidnapped the mayor of captured Melitopol, Ivan Fedorov, after he refused to cooperate with the enemy. Today it also became known about the kidnapping of the chairman of the Melitopol district council Serhii Priyma.

At the same time, on March 12, the coordinator of daily protests in the city, Olha Haisumova, was kidnapped in Melitopol.

We will remind, on March 10, the Russian invaders kidnapped the deputy of the Zaporizhzhia regional council and the director of a museum Leyla Ibrahimova. The woman was lucky because she was released on the same day (not least because Russian Foreign Minister Serhii Lavrov was in Turkey for talks that day, and he was asked awkward questions about it).

“The taking of civilian hostages is a direct violation of Articles 3 and 34 of the Geneva Convention relative to the Protection of Civilian Persons in Time of War, Article 9 of the International Covenant on Civil and Political Rights and Article 5 of the European Convention on Human Rights,” emphasized Commissioner for Human Rights of the Verkhovna Rada of Ukraine Liudmyla Denisova.

The Ombudsman appeals to the international community to take into account the terrorist activities of the aggressor state’s troops in determining the limits of sanctions pressure on Russia.

In addition, it is known about the rapid massacres that the occupiers resort to, usually in the frontline. Thus, the Russian military killed the priest of the Orthodox Church of Ukraine from Ivankov Maksym Kozachin, the mayor of Hostomel Yuri Prilipko (Kyiv region), a public activist, and a wheelchair-bound volunteer, Oleksandr Kononov (Luhansk region).

If you have witnessed a war crime – record it at the link warcrimes.gov.ua.