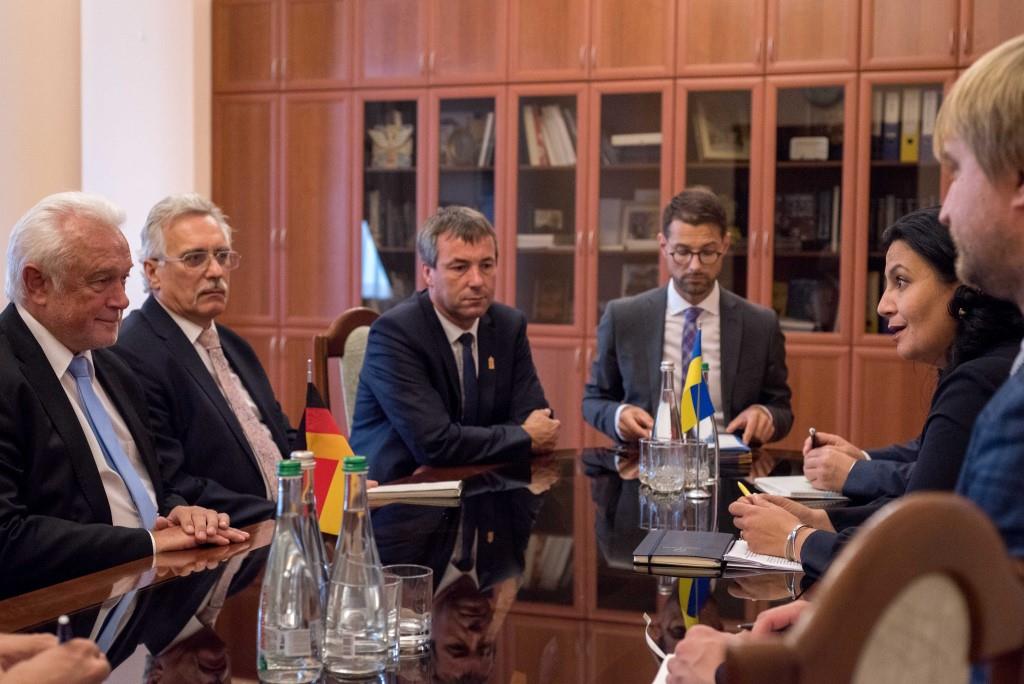 Ivanna Klimpush-Tsintsadze asked Bundestag to recognize Holodomor as the genocide

Vice Prime Minister for European and Euro-Atlantic Integration of Ukraine Ivanna Klimpush-Tsintsadze met with Vice-President of the Bundestag, deputy leader of the Free Democratic Party of Germany, Wolfgang Kubicki, Gude Yensen, the Chairman of the Committee on Human Rights and Humanitarian Aid, and Johann Saathoff, a member of the Committee of economy and energetics of the German Bundestag, the press service of the Cabinet of Ministers of Ukraine informs.

Ivanna Klimpush-Tsintsadze expressed her hope in support of the German Parliament in recognizing the Holodomor of 1932-33 as an act of the genocide in Ukraine.

To recall, the Embassy of Ukraine in the United States hopes that the recognition of the Holodomor as a genocide will be considered by the US Congress this year.

On September 1, the International Action “Let`s Light a Candle of memory!” started at the National Museum “Holodomor Victims Memorial”.