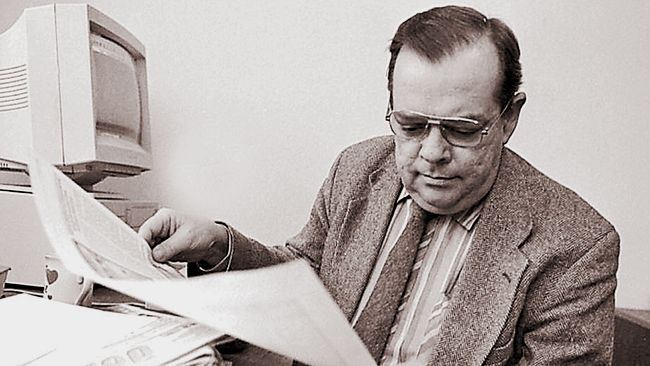 Today is the day of remembrance of the American historian James Mace. He passed away on May 3, 2004. The researcher was only 52 years old.

James Mace’s contribution to the study of the Holodomor of 1932-1933 is invaluable. The researcher accepted a proposal to head the Commission of the US Congress Committee on the Famine in Ukraine, which aimed to collect documentary and oral evidence of the famine of 1932-1933. The commission’s work resulted in a report to the US Congress published in 1988, which concluded that “Joseph Stalin and his entourage committed genocide against Ukrainians in 1932-1933.”

In 1993, James Mace moved to Ukraine and continued his scientific work. “Your dead have chosen me,” repeated the historian, who has become the voice and advocate of the millions of Ukrainians killed. It was he who proposed the idea of symbolically honouring the victims of the Holodomor “Candle in the Window,” which lit on our windowsills as a tribute to the dead, as evidence that we have not forgotten our past and those we lost on the last Saturday of November.

On the last peaceful day, February 23, the historian’s widow, Natalia Dzyubenko-Mace, came to our Museum and handed us her husband’s archives and personal belongings. These are documents, books, portraits, periodicals, conference proceedings in which the historian participated, and articles with his edits and notes.

Ms. Natalia then noted that she and her husband had been collecting this archive carefully for a long time. “However, it is wrong to keep it at home; researchers and museologists should get acquainted with James Mace’s legacy, it should be studied, it should be presented in the future museum exhibition,” said the historian’s widow. “So I decided that these things should be kept in your Museum.” There will be a James Mace exhibition. And the second turn of the Museum, too – because we do not doubt that we will win and stand!

Also, the Holodomor Museum has appealed to the Kyiv City Council with a proposal to rename Moskovska Street, which is located not far from our institution, in honor of James Mace. We consider it symbolic that the toponym with the name of the city, where the plans of genocide of the Ukrainian nation were generated, will change to the one that will tell the truth about Ukrainian history.