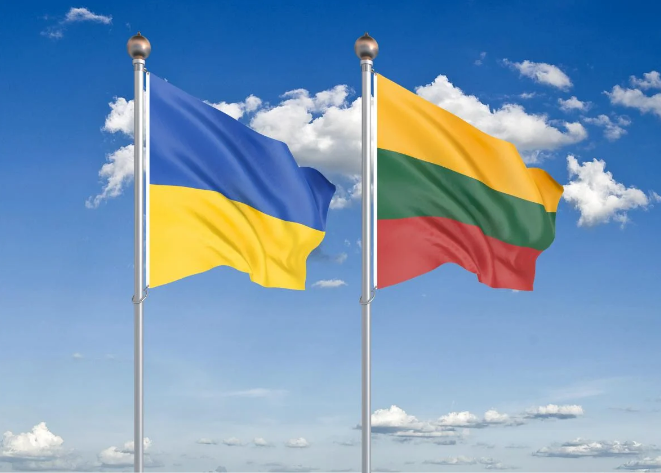 Lithuania has recognized Russia’s actions in Ukraine as genocide

The Lithuanian Seimas adopted a resolution recognizing the actions of the Russian army in Ukraine as genocide of the Ukrainian people. The Chairman of The Verkhovna Rada of Ukraine, Ruslan Stefanchuk, announced this on Facebook.

“Lithuania has recognized the actions of the Russian Federation in Ukraine – the genocide of the Ukrainian people! I thank the Speaker of the Seimas Victoria Chmilite-Nielsen and all the deputies for unanimously adopting this historic decision, “he wrote.

“I urge the whole world to pick up the baton so that the memory of the massacres of Ukrainians is never erased by the enemy!” Ruslan Stefanchuk added.

In its resolutions, the Seimas of the Republic of Lithuania referred to its November 5, 2005 resolution recognizing the political repression and Holodomor in Ukraine of 1932-1933 as a “conscious, carefully planned genocide of the Ukrainian nation” committed by Stalin’s totalitarian communist regime.

“We are convinced that the main goal of the war waged by the Russian Federation is to destroy the Ukrainian people, their identity and deprive them of their right to independent development,” the document reads.

Deputies believe that clear evidence of Russia’s crimes in Ukraine is enough to state that Russia is a “state that supports and carries out terrorism.” The parliamentarians called for the establishment of a Special International Criminal Tribunal to investigate and assess Russia’s aggression against sovereign Ukraine and to prosecute the perpetrators through the joint efforts of the international community and well-known precedents (Nuremberg, Tokyo, Sierra Leone, and other special tribunals).

The press service of the Lithuanian Parliament reports that in the resolution the Seimas called on the UN, the European Parliament, the PACE, the OSCE, and NATO Parliamentary Assemblies, parliaments, and foreign governments to recognize and prosecute genocide, war crimes, and crimes against humanity.

At the same time, the Seimas believes that justice will be done only when the leaders of the Russian state and other high-ranking officials and direct executors are brought to justice.