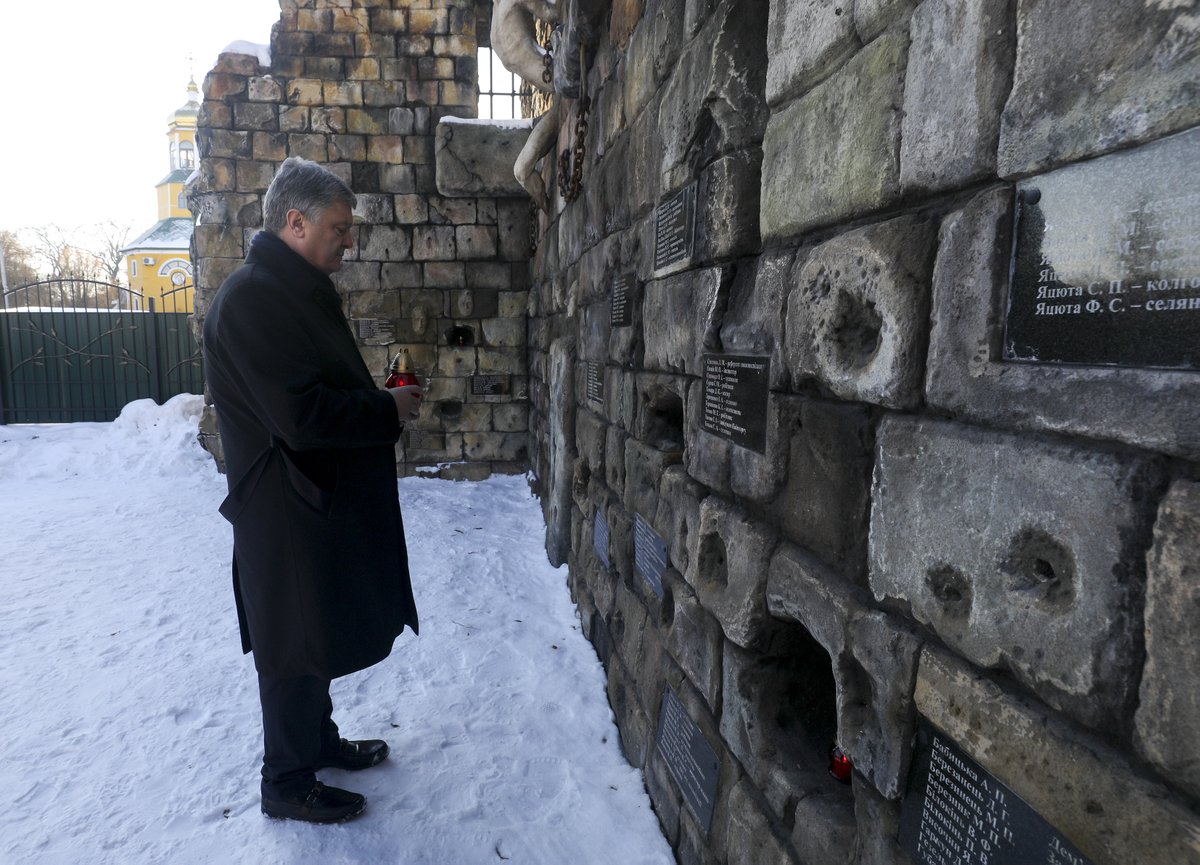 During a working visit to Boryspil (Kiev region), on January 16, President of Ukraine visited the Knyshov Memorial and Park Complex. It is reported on the official website of the President on Twitter.

On the territory that is part of the memorial-park complex,which was created in 2009, during the Holodomor-genocide of 1932-33, mass murdered people who died from artificial famine were buried in mass graves. Now in memory of the dead here is a wall of memory with the established names of the tortured Ukrainians. Work on the identification of the dead continues.

In addition to the places of memory of the victims of the Holodomor, Knyshov Park also commemorates the victims of political repressions, the civilian population of Boryspil, who died during the Second World War, and victims of the Chernobyl tragedy. So the local authorities and the community are implementing the project “Knyshov Cemetery – Pantheon of Memory”.