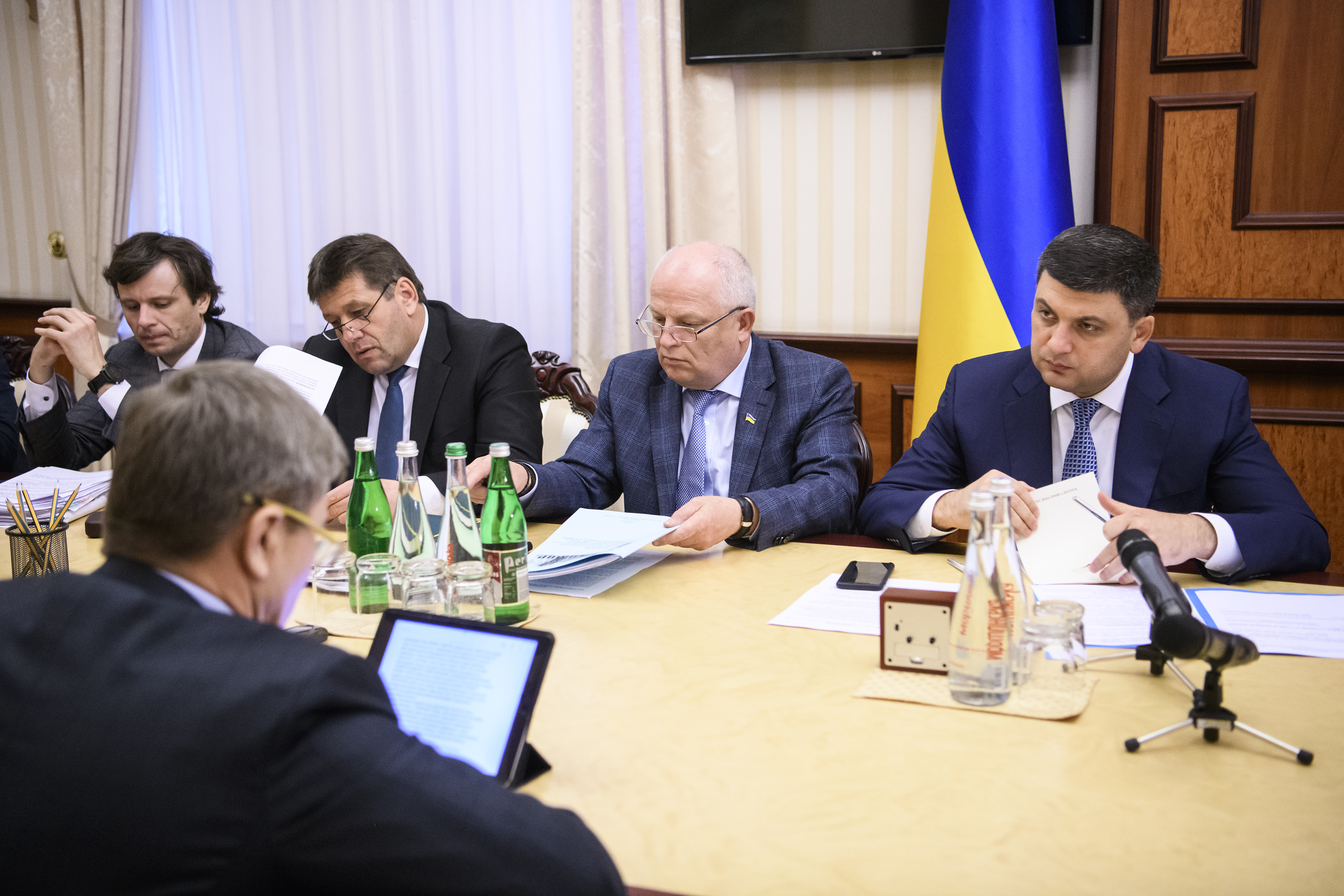 "Building the ‘Holodomor Victims Memorial’ is a matter of honour, spirituality and respect to history" – Volodymyr Hroisman

“The building of the National Museum” Memorial to the Holodomor victims “is a matter of honour, spirituality and respect for history from the position of every citizen. That is why, as soon as possible, the restoration of work on the development of the second stage of the museum, the continuation of historical research, as well as the involvement of the public in the preservation of the memory of millions of people should start – first of all, through the creation of the Museum’s Supervisory Board and the audit of all construction costs”, Prime Minister of Ukraine Volodymyr Hroisman stressed during a special meeting, the Government portal reported.

“The Building of the Memorial  to Holodomor victims is a matter of honor. When we lose close people, we place them in monuments, we try to immortalize memory. And here we are talking about millions of people who died because of artificial famine. We have a country where there are wonderful lands and where there has never been a reason for hunger. These dead millions should be perpetuated, we must conduct research to restore historical justice and build a memorial complex”, – said Volodymyr Hroisman.

He stressed that all works should be transparent, because the task is: “not only to build walls, but also fill them with content.”

“And here it is necessary that on the one hand there is a share of the state, on the other hand there should be the contribution of each Ukrainian. That is why it is necessary to create a construction fund in order to attract all those who are not indifferent “, – suggested the Prime Minister. – A Supervisory Board should be set up, its chairman elected who will evoke confidence among all citizens. Audits (all processes) will be conducted literally online so that everyone sees how much money and on what exactly is spent, so that there are no delays in construction. We have already begun this process; we have to finish in 36 months, when the museum will be completely formed. “