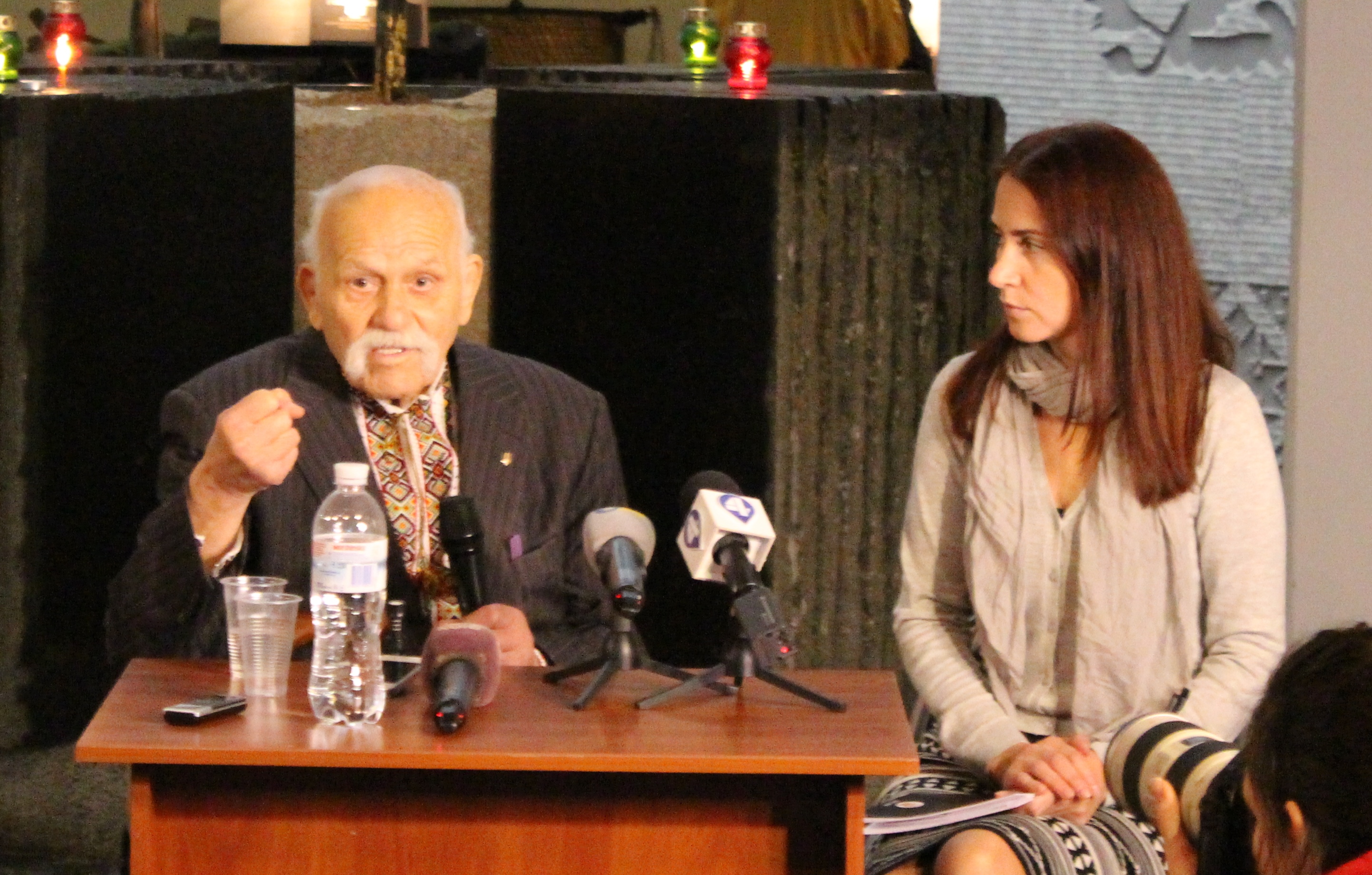 "This was a real genocide of the Ukrainian people, the Ukrainian village was exterminated," the witness of the Holodomor Ilko Korunets

Ilko Korunets was born in 1922 in the village of Semenivka in Cherkaska region. The Holodomor has become a turning point in the life of our guest. By this time, while recalling the terrible years of genocide, Ilko Korunets still feels alarm and worries. Before he went to school, little Ilko had already known how to read. However, in his second grade the famine started and children did not have to study.

A scary picture of naked, hungry children who were picking grass and leaves of cherries, was sealed in the memory of the little Ilko. Of the 68 pupils of the third grade, only 24 children left, the rest died of terrible starvation. The Stalin’s terror touched the house of Ilko Vakulovych as well: two his sisters, brother, uncles and grandfather died of starvation. They were buried in the garden near the house, because nobody had enough forces to take the bodies of relatives to the cemetery. In addition, the neighboring village of Chesnivka died completely and in the summer of 1933 there was a terrible stench there because nobody even buried died people.

At the same time, communist propaganda lied about supposedly wealthy kulaks, who concealed and destroyed bread. The family of Korunets was dekulakized in 1930. The mark of “kulaks” hung on the members of the Korunets family for many years. This was manifested even in such trifles as a certificate of excellent marks, which Ilko did not receive only because of its “kulak origin”.

The meeting with Ilko Korunets caused a considerable interest in the communityof graduates of the Kiev National Linguistic University, in which Ilko Vakulovich has been teaching for 59 years. Graduates of the university are happy to remember the kind Professor Korunets, who became a mentor for an entire pool of translators. Also, journalists who were present at the meeting and everyone present were interested to hear the story of Holodomor from the mouth of a person who survived this genocide.