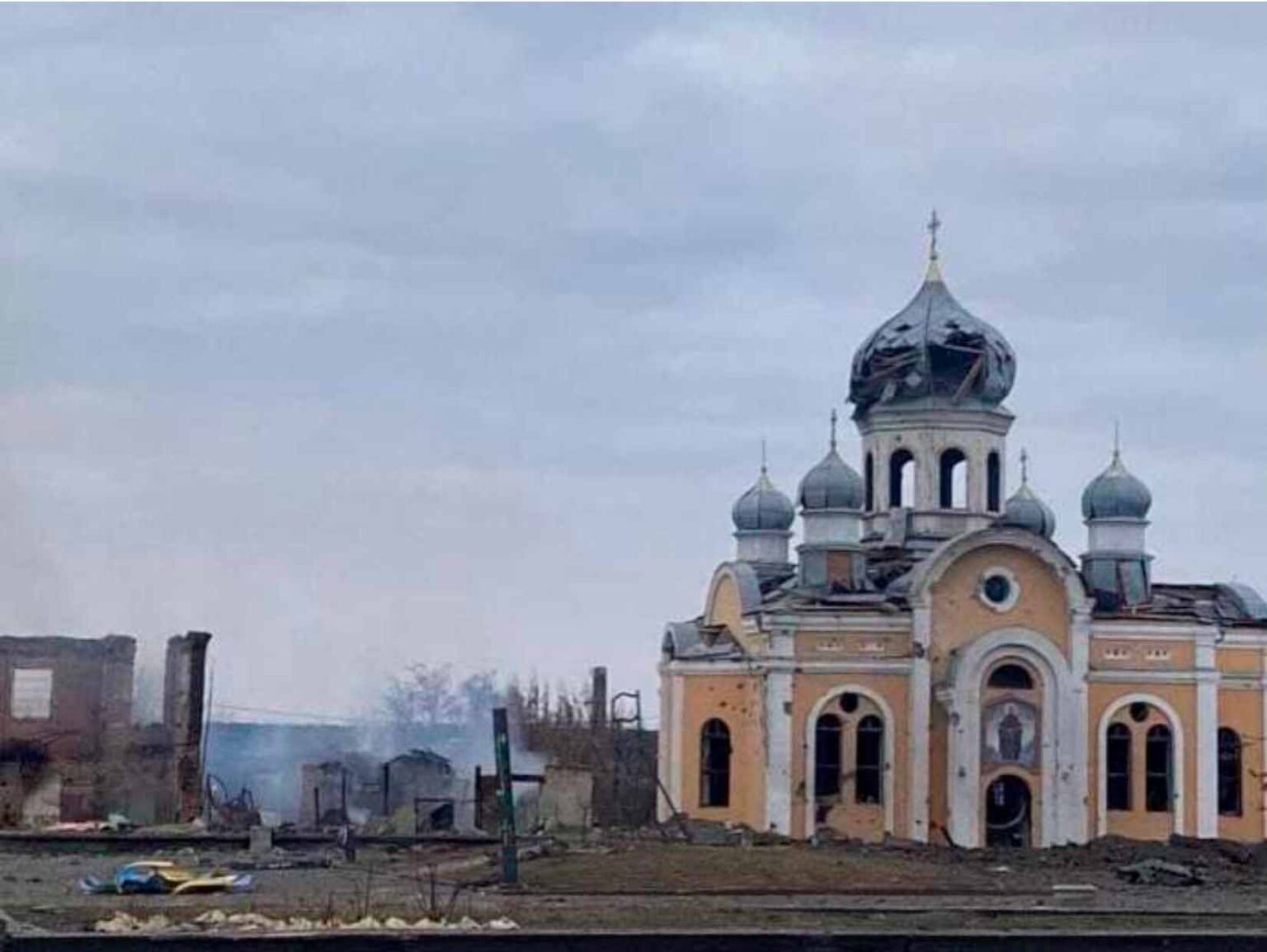 Since the active war of the Russian Federation against Ukraine, at least 28 buildings of spiritual significance have been damaged by the actions of the occupying forces, not including the adjacent buildings. The vast majority of them are Orthodox churches.

The State Service of Ukraine for Ethnopolitics and Freedom of Conscience reported this.

Thus, on March 14, Russian shells flew into the territory of the Ukrainian Evangelical Theological Seminary (UETS) in Kyiv, and the seminary buildings were damaged. UETS was established in 1992, and it provides comprehensive training to officials from Ukraine, Azerbaijan, Armenia, Kazakhstan, Kyrgyzstan, Tajikistan, Uzbekistan, Belarus, Moldova, and Russia.

In the Donetsk region, the Svyatohorsk Lavra, the church of the PCU in the town of Volnovakha, the Holy Dormition Monastery, the church in honor of the Nativity of the Blessed Virgin, and the Constantine Mosque were partially destroyed or damaged.

In the Luhansk region, the Christ the Nativity Cathedral, St. Catherine’s Church, the Second Church of St. Mitrophan, and the Sunday school in Lysychansk were destroyed.

In the Zaporizhzhia region: the church in honor of St. Tikhon in Huliaipole town.

In the Sumy region: the building of the Sumy Theological Seminary of the Ukrainian Orthodox Church.

In the Chernihiv region: the building of the Yelets Assumption Monastery, St. George’s Church in Nizhyn.

In the Zhytomyr region: a 160-year-old wooden church in honor of the Blessed Virgin in Viazivka, the Church of the Intercession in Malyn.

“While Kremlin propagandists are cynically covering up their own imperial ambitions with theses of “defending Orthodoxy,” an aggressive attack by Russian troops is destroying Orthodox churches and other shrines in Ukraine’s religious communities,” the State Service said.