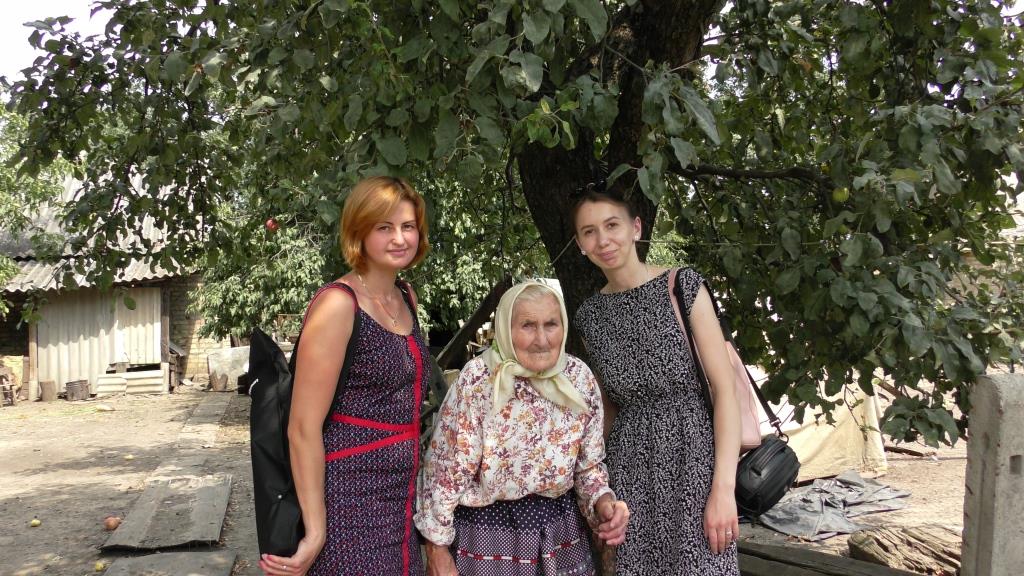 In August 2018, the Head of the research department of the Museum Larysa Artemenko and Senior Research Fellow Olga Vygodovanets carried out a research expedition to the Cherkasy region (Gorodyshchensky, Smilyansky and Chigirinsky districts).

During the trip, the researchers recorded interviews with 22 witnesses of the Holodomor-Genocide. The horrors of that time were forever locked in their hearts. The level of deaths from Hunger in 1932 – 1933 in Cherkassy region was one of the highest ones. Therefore, these testimonies are unique for the history of Holodomor.

Todora Nestorivna Mikhno (born in 1918, village Trushivtsi, Chigirinsky district of Cherkasy region), noted that her brothers and sisters died of starvation. The woman told about confiscation of property. She remembered that the villagers were forced to join the collective farms.

Oleksandr Savovych Shapoval (born in 1925 in the village of Popivka, Smilyansky district of Cherkasy region) spoke about the peculiarities of the grain procurement campaign, which in fact turned into the confiscation of all food stocks. Representatives of the Soviet government organized interrogations and forced migrations of peasants to other regions. The Hunger intensified. The village councils had organized the daily removal of corpses of the dead people to the mass graves.

Mykola Yefimovych Ostapenko, (born in 1927 in the town of Cherkasy region), described in detail how he and his father saved the starving people. The father of the respondent worked as a miller in a water mill. The remnants of the flour sometimes fell into the river, so there was always a lot of fish around the mill. His father shared with exhausted men and women with flour and fish. Mykola Yefimovych remembered with pain how hungry children from other villages eagerly ate raw fish.

The testimony of a settler from Belarus Vasyl Trokhimovych Shablinsky (born in 1928, village Yurka Evangelsky district of the Polesia region (today Gomel region, Belarus). He remembered that in 1932 hungry people from Ukraine came to them. The woman with her child stayed in the family of the Shablinsky. Two years after the Holodomor, she returned to Ukraine.

Each of the interviews is extremely valuable because of the age of the respondents. Eyewitnesses of the 1930s lived in different regions of Ukraine, and one of them – in Belarus. The stories of witnesses illustrate the general picture of the Holodomor and reinforce the conclusion that it is an artificial hunger.

The collected video clips can be viewed on touchscreens in the Hall of Memory of the Museum.