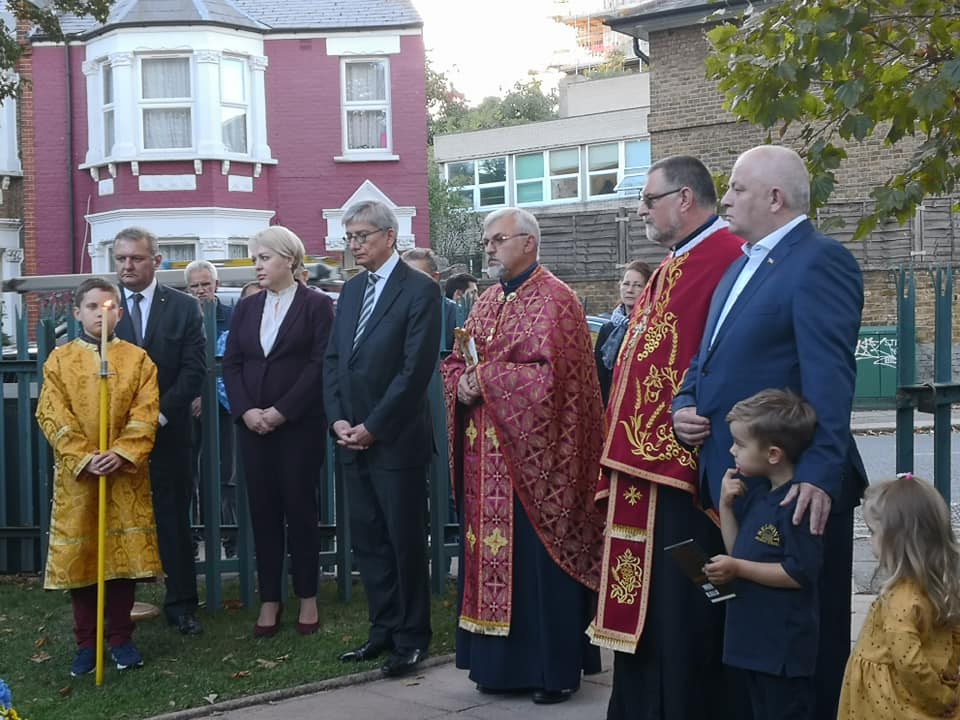 Stepan Kubiv and Eugene Czolij joined the action "Let's Light a Candle of Memory!" in London

Ukrainian community of Great Britain together with the First Vice Prime Minister, Minister of Economic Development and Trade Stepan Kubiv and the President of the Ukrainian World Congress (UWC) Eugene Czolij commemorated the victims of Holodomor in Ukraine in 1932-33 as part of the international action “Let’s Light a Candle of Memory!”.

This information is reported by the Association of Ukrainians in Great Britain on Facebook.

“The head of the Association, Petro Revko, laid the wreath for the victims of the Holodomor with Ambassador of Ukraine Natalia Galibarenko, Vice Prime Minister of Ukraine Stepan Kubiv and President of theUkrainian World Congress Euvgene Czolij within the framework of the “Let’s Light a Candle of Memory!” worldwide action,” the statement tells.

Also, the names of 85 children who died during Holodomor were read out before the memorial service.

Recall that commemorative events are taking place in Ukraine and in the world to the 85th anniversary of Holodomor. In particular, on September 1, 2018, the International action “Let’s Light a Candle of Memory!”, which is planned to be held in 85 countries of the world, started. The aim of the action is to unite Ukrainians from around the world and citizens of other countries to honor the memory of one of the greatest crimes in the history of the twentieth century. The action will end in Kiev on November 24, on the Day of Remembrance of the Holodomor victims of 1932-1933.