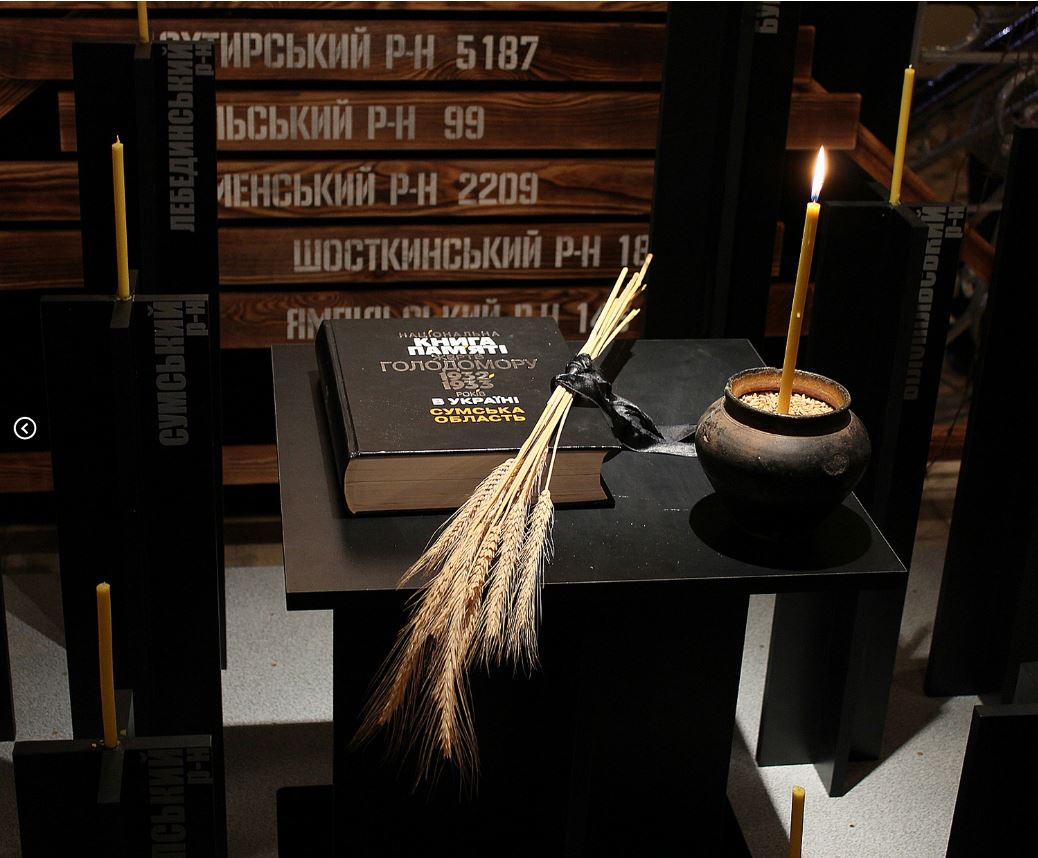 In memory of the 85th Anniversary of the Holodomor, the Sumy Regional Museum of Local History created an exhibition “The Grief Harvest in Sumy Region 1932-1933”.

The exposition contains letters, diaries, copies of documents, as well as utensils, tools for field work, and “dishes”, prepared in accordance with the realities of 1932-33 years – bread with half-walnut, clover, beans chaff with water, etc. The basis of the exhibition is taken from four diaries of a peasant from Sumy region Dmytro Paladich, which were saved, and then transfered to the museum by his granddaughter. The exposition is located in a place resembling a country house. “For some time, we have transformed the space into interior of the Slobozhansk house – with white walls, but black windows”, said Vladislav Terentyev, director of the museum.

According to the director of the museum, the memory of the Holodomor is extremely important for the region, since the National Book of Holodomor Victims commemorates more than 48 thousand people killed by hunger in the Sumy region. As we know, the lists of the National Book of Memory are incomplete. The Soviet government made efforts to hide the scale of the crime by falsificatingthef statistics, removing the books for the registration of death certificates, and fragmentary accounting of deaths from hunger in 1932-1933 in Ukraine.

The exhibition was opened on November 23 (Holodomor Memorial Day) and will last for three months. It can be visited daily, except Monday, from 9 am to 7 pm in Sumy, Gerasim Kondratiev, 2. Telephone for information: 22-17-74.