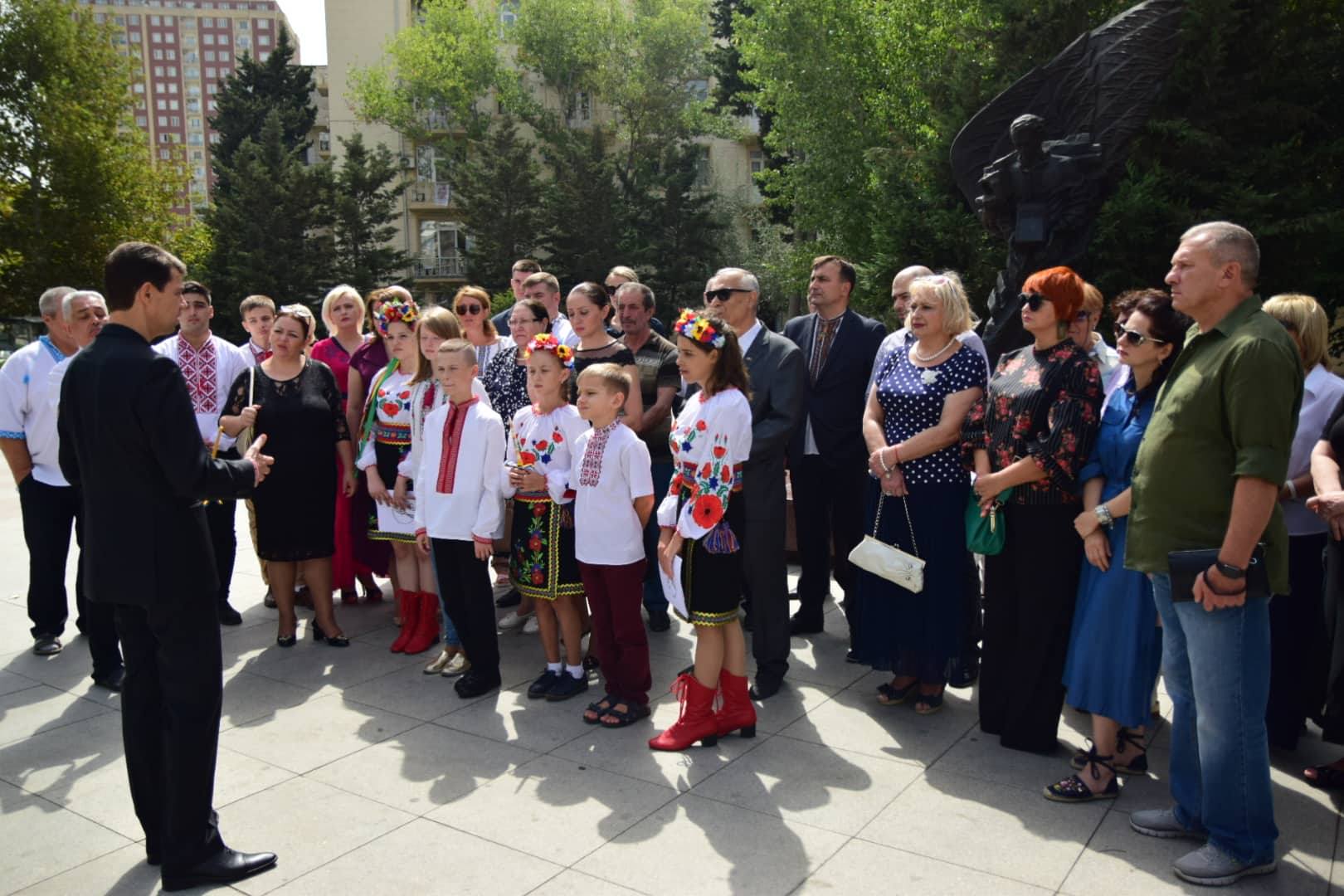 The action "Let`s Light a Candle of Memory!" in Azerbaijan

On September 9, the Embassy of Ukraine in Azerbaijan, together with the diaspora Organizations “Ukrainian Congress of Azerbaijan” led by the Chairman of the Board Y. Osadchenko and “Ivan Franko Ukrainian community in the city of Sumqayit”, headed by Chairman T. Museyeva, held an event for the commemoration of the 85th anniversary of Holodomor, the press service of the Ministry of Foreign Affairs of Ukraine informs.

The event was held within the international action “Let’s light a candle of memory!” in the center of Baku near the monument to T. Shevchenko.

In his speech, Ambassador of Ukraine O. Mischenko drew attention to the millions of Ukrainians who died because of the criminal policy of the communist regime, which led to the Holodomor in Ukraine in 1932-1933.

We also feel the consequences of this criminal activity now, because objective data on the number of deaths from the Holodomor, due to the hard work of Ukrainian and foreign scholars, is increasing every year. Each year we discover new facts of the tragedy that Ukraine has experienced. In this context, in Ukraine, the Resolution of the Court of Appeal of Kyiv dated 13.10.2010 concerning the criminal case No. 1-33 / 2010, initiated by the Security Service of Ukraine on the fact of genocide in Ukraine in 1932-1933, was adopted.

Particular attention of the audience was drawn to the dead children who could not survive these tragic events, and whose memory is dedicated to this year’s action “-is told in a message.

The moral duty of each of us is to honor the memory of millions of Holodomor victims and to bring the truth about the genocide against the Ukrainian people to the world community.

Representatives of the I. Franko Ukrainian Community in Sumqayit L. Ismayilova and V. Polladova read the memoirs of eyewitnesses of the tragic events of 1932-1933, as well as a poem devoted to the memory of the Holodomor victims. At the end of the action, the member of the Ukrainian Congress of Azerbaijan, D. Zaribekov-Shevchenko announced the names of 85 children who died from the Holodomor, after which the guests lit candles and commemorated the victims of Holodomor by a minute of silence.

To recall, on September 8 the action was held in Australia, Belarus and Senegal.

On September 7 action “Let`s light a Candle of memory!” was held in Armenia and Mozambique.