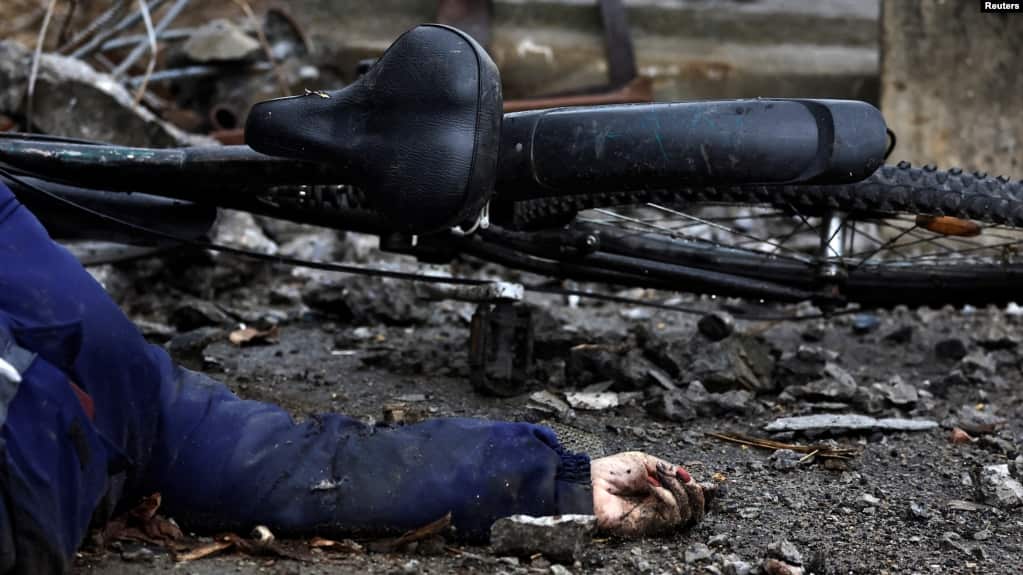 Shocking facts of russian occupants atrocities emerge in the cities liberated from Russian aggressors near Kyiv – Bucha, Irpin, Hostomel, and others.

Thus, a “mass grave” was discovered in Bucha, where 280 civilians were buried. The mayor of Bucha Anatoly Fedoruk reported about it. In addition, the ruined streets of the town ” are littered” with civilian bodies, many with their hands tied. Mostly men between the ages of 18 and 60. They were among the teenagers killed by the Russians. 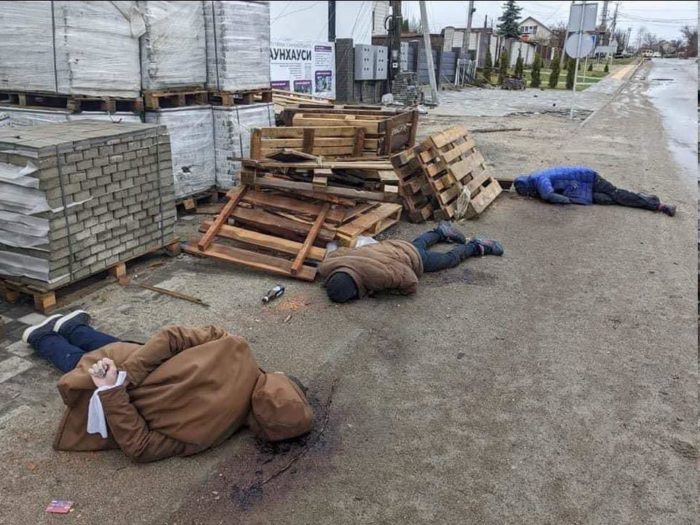 The bodies of people who tried to evacuate were also found on the surrounding roads.

At the same time, the Ministry of Defense of Ukraine reported that the bodies of 4-5 women killed by russian inhumans were found 20 kilometers from Kyiv on the roadside. “Civilians were killed near the highway 20 km from Kyiv. Under the blanket of 4-5 dead naked women, whom Russian barbarians tried to burn right there, on the side of the road, “the statement said.

“The killed civilians lie in the yards, near houses, under the road.  Some have their hands tied behind their backs, with signs of torture on their bodies,” emphasized the Commissioner for Human Rights Liudmila Denisova. 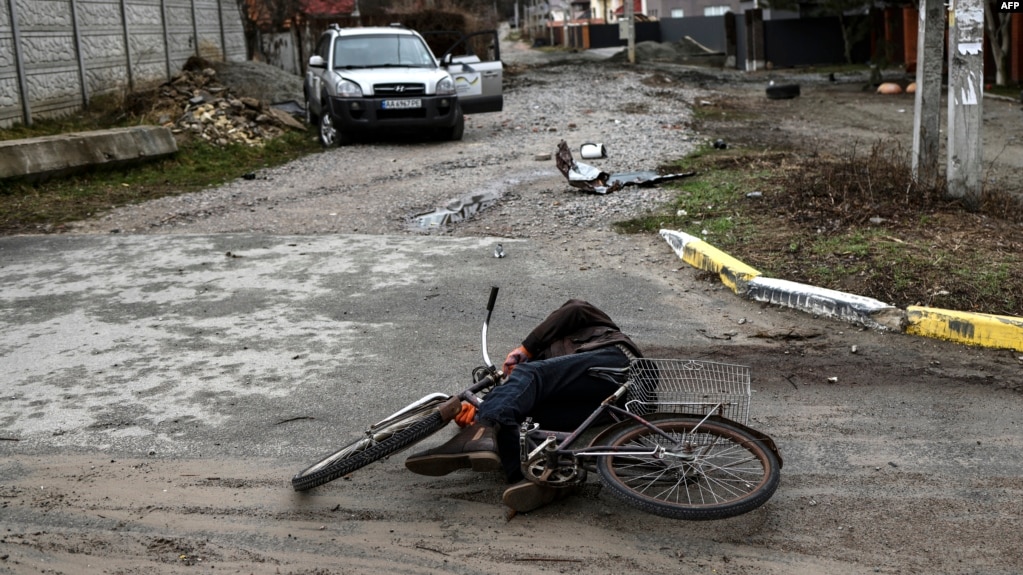 The victims are unarmed civilians. Photo by Radio Svoboda.

“The occupiers threw several other civilians shot dead, two women and four men, into a pit near the road,” Ombudsmam Denisova reported.  “People were shot in the back of the head, some with their hands tied behind their backs.”

The body of the famous photojournalist Maksym Levin was found in the village of Huta Mezhyhirska, Vyshhorod district, Kyiv region. On March 13, he went to the war zone to document the war, but the contact was lost with him at about 11 p.m. All this time, relatives and friends were looking for him, hoping that he was in captivity or wounded. According to preliminary information, unarmed Maxim Levin was killed by servicemen of the Russian Armed Forces with two small arms fire. The Vyshhorod District Prosecutor’s Office provides procedural guidance in criminal proceedings for violating the laws and customs of war (Article 438 of the Criminal Code of Ukraine).

The released residents of the Kyiv region say that the occupiers were constantly looting and looting. “The occupiers not only looted the apartments but also tried to do as much damage as possible – to break, destroy everything they could not take with them. There are no surviving cars left – they were burned and smashed. ” Many residents of these settlements are immigrants from Donetsk and Luhansk regions who fled from the “Russian peace ” in 2014, but the rashists caught up with them in the suburbs of the Ukrainian capital,” said Commissioner for Human Rights Liudmila Denisova. 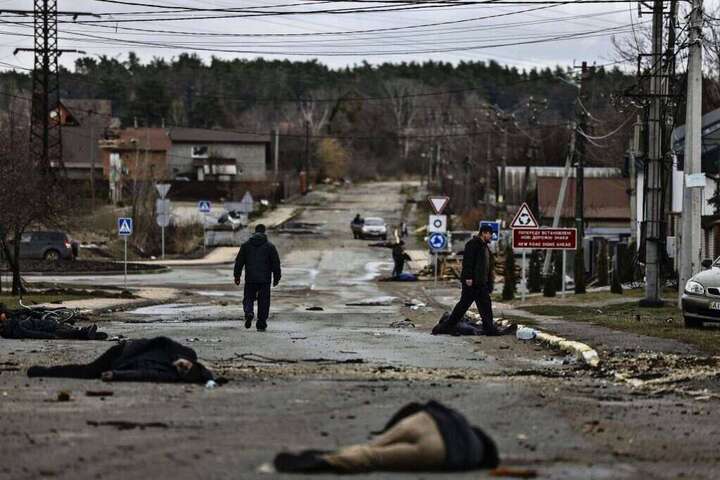 The ombudsman emphasizes that “the barbaric horde of the Russian Federation must suffer the most severe punishment.” “Tribunal, and then hell! It is genocide of the Ukrainian people following the UN Convention on the Prevention and Punishment of the Crime of Genocide, a crime against humanity as defined by the Statute of the International Military Tribunal and the Rome Statute of the International Criminal Court, “Denisova said.

In turn, Ukrainian Foreign Minister Dmytro Kuleba has already called on the world to impose tougher sanctions on Russia over the “Bucha massacre.”

“Bucha massacre was deliberate. Russians aim to eliminate as many Ukrainians as they can,” he wrote in twitter.

Human rights activists from Human Rights Watch have already documented the fact that Russians committed war crimes, including the execution of civilians, rape, and theft in Kyiv, Chernihiv, and Kharkiv regions.

War crimes are also being documented in the coalition “Ukraine. Five in the Morning / Ukraine 5 AM Coalition, ” which includes the ZMINA Human Rights Center.

Anyone who witnesses them can help record Russian crimes. It can be done with a single platform for collecting information. Ukrainians have already helped gather nearly 5,000 materials on Russia’s war crimes.