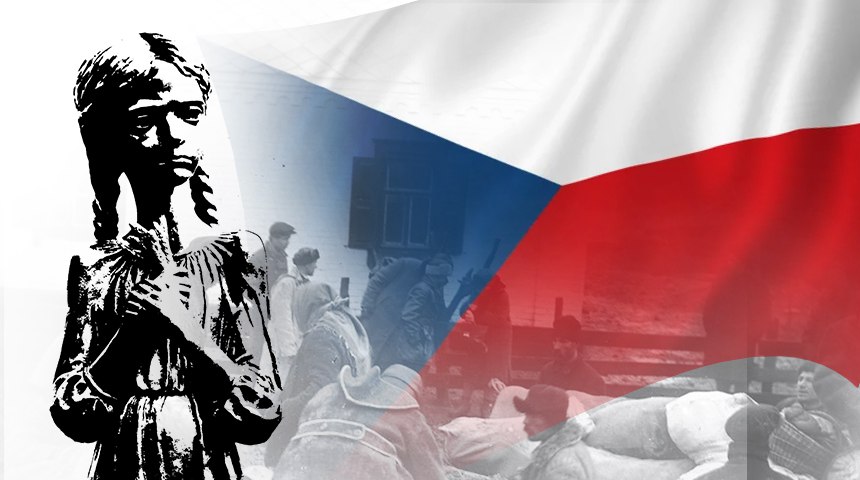 The Czech Republic repays its historical debt: the path to recognizing the Holodomor as genocide

On April 6, 2022, the Chamber of Deputies of the Czech Parliament recognized the Holodomor in Ukraine in 1932-33 as an act of genocide against the Ukrainian people. Deputies voted unanimously for this resolution.

Now the decisions of the Chamber of Deputies will be submitted for approval to the upper house of the Parliament of the Czech Republic – the Senate. There is no doubt that it will be supported. Especially in the context of the current Russian aggression in Ukraine.

The speaker of the lower house of deputies, Marketa Pekarova-Adamova, noted the lower house returns another historical debt by approving the resolution, “Especially given the continuation of brutal Russian aggression in Ukraine, accompanied by intense disinformation and attempts to distort history, it is important to recall the real criminal nature of the famine of the early 1930s,” she told reporters.

As the Ambassador Extraordinary and Plenipotentiary of Ukraine to the Czech Republic, Yevhen Perebyinis said on Facebook, “our work with the Czech Parliament on this decision has lasted for several years.” “I sincerely thank the author of the resolution – the Chairman of the Security Committee, the Chairman of the Interparliamentary Relations Group” Czech Republic-Ukraine “of the Chamber of Deputies, the great friend of Ukraine Pavel Zhachek for preparing such a strong text. Of course, I thank all the Czech deputies for their unanimous approval of the resolution,” the ambassador’s letter reads. 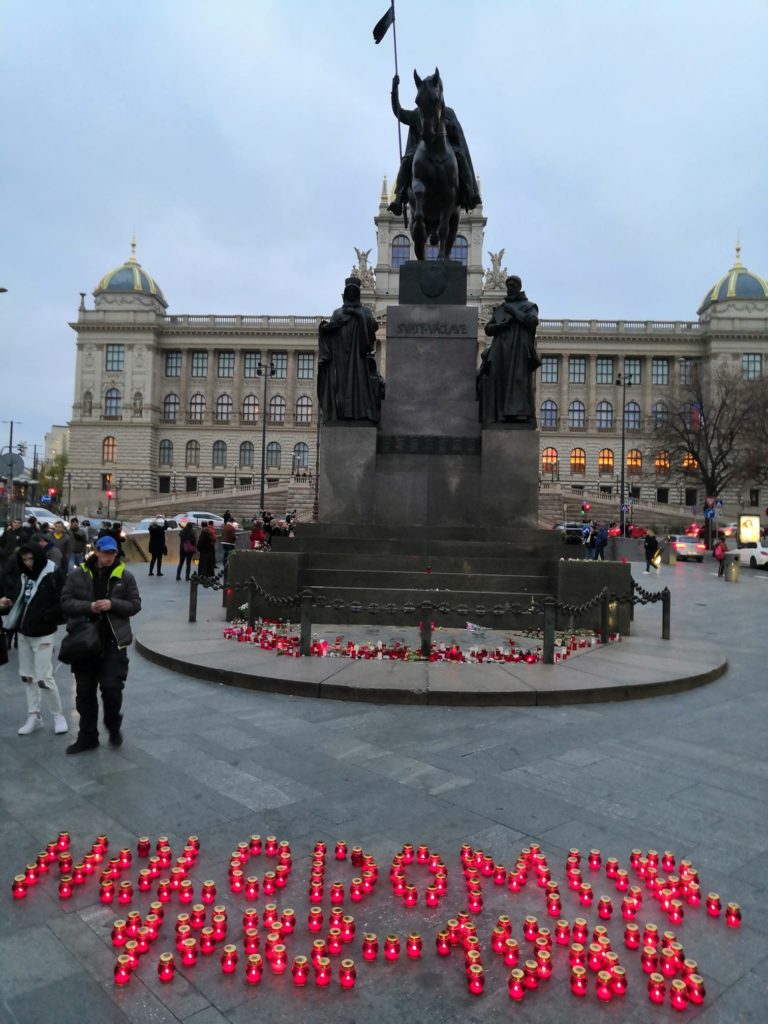 It will be recalled that in 2007, the Chamber of Deputies of the Czech Parliament officially honored the memory of the Holodomor victims in Ukraine. The Chamber “with deep sympathy honors the memory of the Holodomor victims in Ukraine, which brought about the ugly totalitarian regime in 1932-1933 in order to break the resistance of the Ukrainian people against forced collectivization and destroy their national dignity; expresses deep condolences on behalf of the Czech people to the families and loved ones of the millions of people who became victims of the Holodomor, which deliberately and purposefully led to the criminal Stalinist regime,” the decree of November 30, 2007, said.

The Czech Republic is also a co-author of the Declaration “On Commemoration of the 75th Anniversary of the Holodomor of 1932-1933 in Ukraine,” the official document of the 63rd session of the UN General Assembly, and co-author of the UNESCO General Conference resolution adopted on 01.11.2007. The Czech Republic also joined the joint OSCE statement of 30 November 2007 “The Holodomor claimed the lives of millions of Ukrainians as a result of the mass famine caused by the brutal actions and policies of the totalitarian Stalinist regime. We pay tribute to the memory of the victims of this national tragedy of the Ukrainian people.”

In June 2019, the Senate of the Upper House of the Czech Parliament hosted a conference entitled “Stalin’s Holodomor in Ukraine in 1932-1933: The Hidden War That Was to Eliminate the Ukrainian People.” At this conference, Ambassador of Ukraine to the Czech Republic Yevhen Perebyinis called on the Czech Senate and the Chamber of Deputies to recognize the Holodomor as genocide of the Ukrainian people. 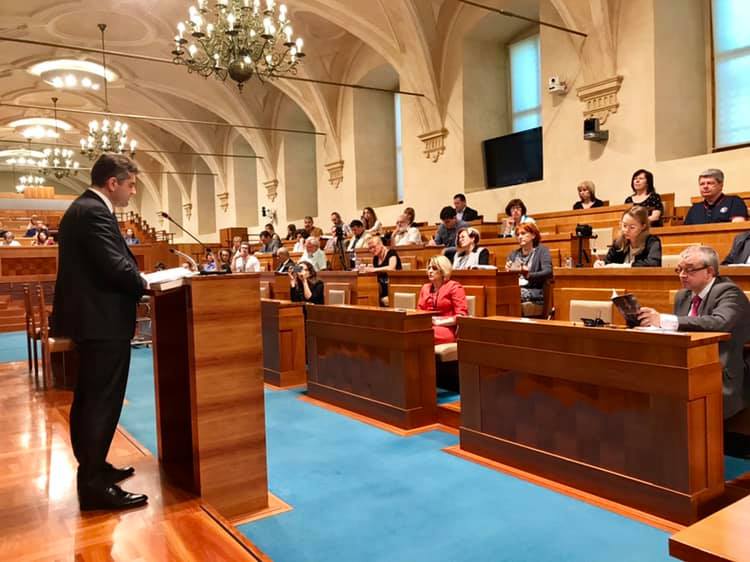 In 2019, Yevhen Perebyinis called on the Czech Senate to recognize the Holodomor as genocide.

“I am convinced that the Ukrainian diaspora, which is the largest national minority in the Czech Republic, will appreciate such a step on the part of Czech officials. The hybrid war that Russia continues to wage against Ukraine has not emerged today. The Kremlin has improved its methods and tools, but the goal remains the same: to destroy Ukraine, the Ukrainian language, and the Ukrainian people. The Holodomor was one of the principles of Moscow’s hybrid war against Ukraine,” Yevhen Perebyinis said at the time.

An important step towards recognizing the Holodomor as an act of genocide was a visit to the National Museum of the Holodomor-Genocide by the Prime Minister of the Czech Republic Andrej Babiš (2017 – 2021), which took place on November 19, 2019. 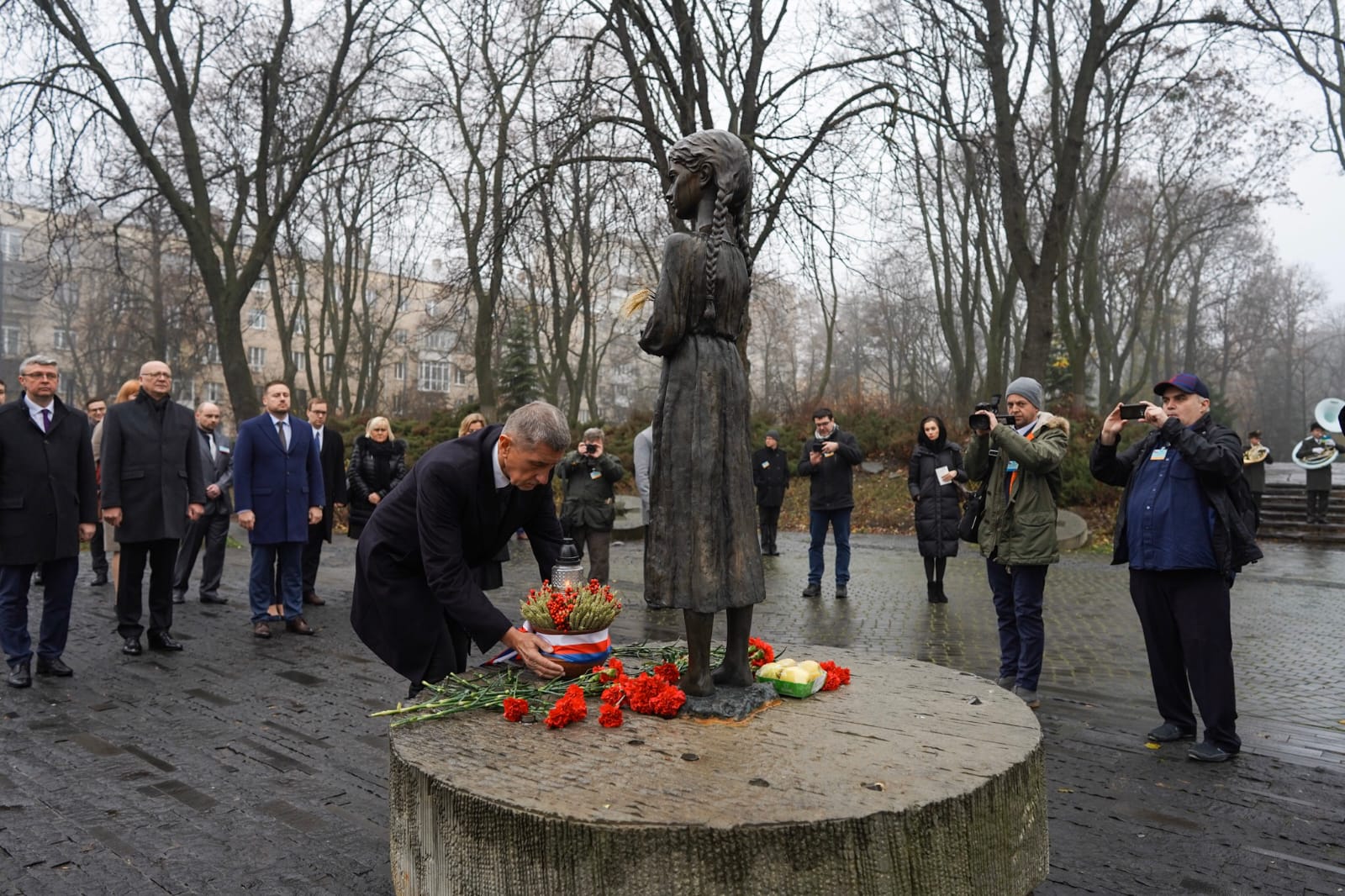 The Prime Minister of the Czech Republic Andrej Babiš (2017 – 2021) honors the  Holodomor victims (Kyiv, National Museum of the Holodomor-Genocide, November 19, 2019).

The brazen Russian invasion of Ukraine on February 24, 2022, added determination to the Czech deputies. In their decision, they emphasize that “in the context of the Russian current military aggression against Ukraine, they are determined to join in the implementation of international principles, including pleading guilty to these crimes, which would prevent a similar tragedy in any part of the world. “

MP Pavel Zhachek drew historical parallels between the Holodomor and the current Russian invasion of Ukraine and the war crimes of Russian soldiers. “Putin’s Russia has taken the worst of the bloody legacy of the totalitarian Soviet Union,” he said. 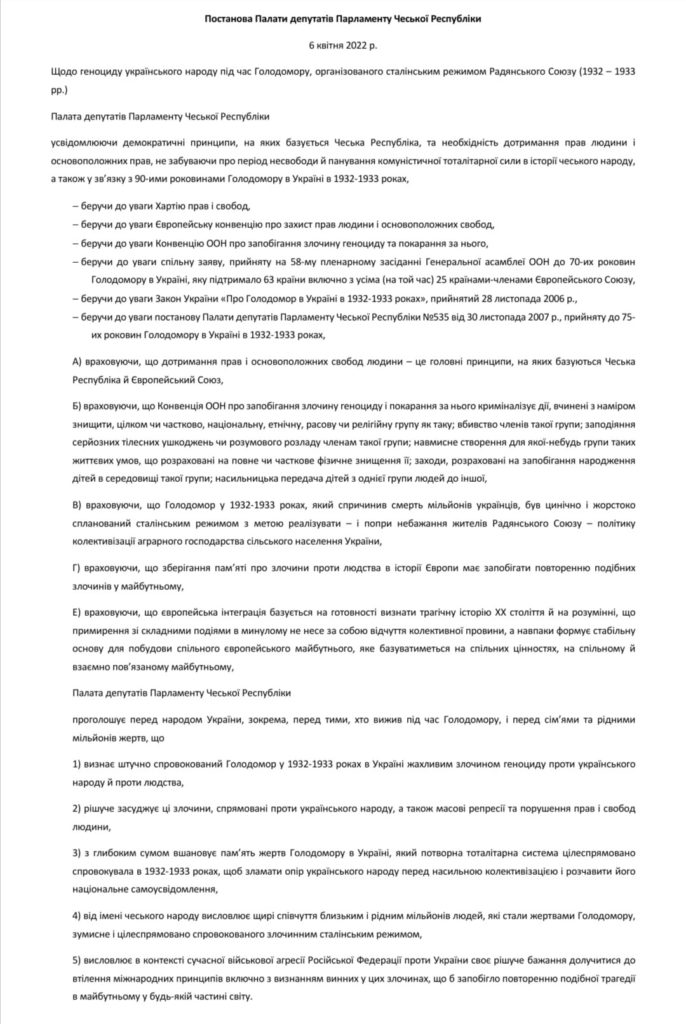 “Chamber of Deputies of the Parliament of the Czech Republic proclaims to the people of Ukraine, in particular to the Holodomor survivors and the families and relatives of the millions of victims

1) recognizes the artificially provoked Holodomor in 1932-1933 in Ukraine as a terrible crime of genocide against the Ukrainian people and humanity,

2) strongly condemns these crimes against the Ukrainian people, as well as mass repressions and violations of human rights and freedoms,

3) with deep sadness honors the memory of the Holodomor victims in Ukraine, which the ugly totalitarian system purposefully provoked in 1932-1933 to break the resistance of the Ukrainian people to violent collectivization and crush their national self-awareness,

4) on behalf of the Czech people, expresses its sincere condolences to the relatives and friends of the millions of victims of the Holodomor, deliberately and purposefully provoked by the Stalinist criminal regime,

5) expresses in the context of the current military aggression of the Russian Federation against Ukraine its strong desire to join the implementation of international principles, including a guilty plea to these crimes, which would prevent a repeat of this tragedy in the future in any part of the world.