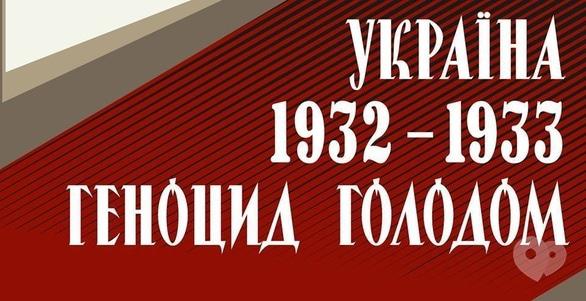 The exhibition "Ukraine 1932-33. Genocide with Famine" traveled to Tysmenytsia

At the end of January, the Tismenitskaya Specialized School opened in the foyer the exhibition “Ukraine 1932-33 Genocide by Famine” with the assistance of the Ukrainian Institute of National Memory, the National Museum “Holodomor Victims Memorial” and the Ministry of Culture of Ukraine.

The exhibition presents historical data that reveals the true nature of the Holodomor – its causes and its course against the background of mass collectivization, grain procurement and dispossession of 1932-33. A unique exposition explains why the Holodomor of 1932-33 is an internationally recognized genocide. The exhibition “Ukraine 1932-33 Genocide by Famine” is a mobile educational program that promotes the history of Ukraine throughout the country. Tysmenytskyi district was the first in Ivano-Frankivsk region to receive it.

“Students will find out the truthful information about the Holodomor and will be able to convey them to their families, relatives and friends in order to restore memory and begin to honor the victims of the Soviet crime with all due respect,” said Igor Fedoryshyn, deputy head of the Tismenytsia district council.

Andriy Tatarin, a historian, Ph.D., clearly outlines the importance of such measures: “The goal is simple: to tell the truth about those times, its popularization, Ukrainians must know what was happening at the time to be able to bring it internationally. The Holodomor was an artificial action aimed at suppressing the people, suppressing its private tendencies and rallying into a collective farm system, which was known to last until the 1990s. It is necessary to open the truth to the younger generation so that they can bring it to the elders who lived and were brought up in Soviet ideals, and unfortunately do not have complete information and true history.”