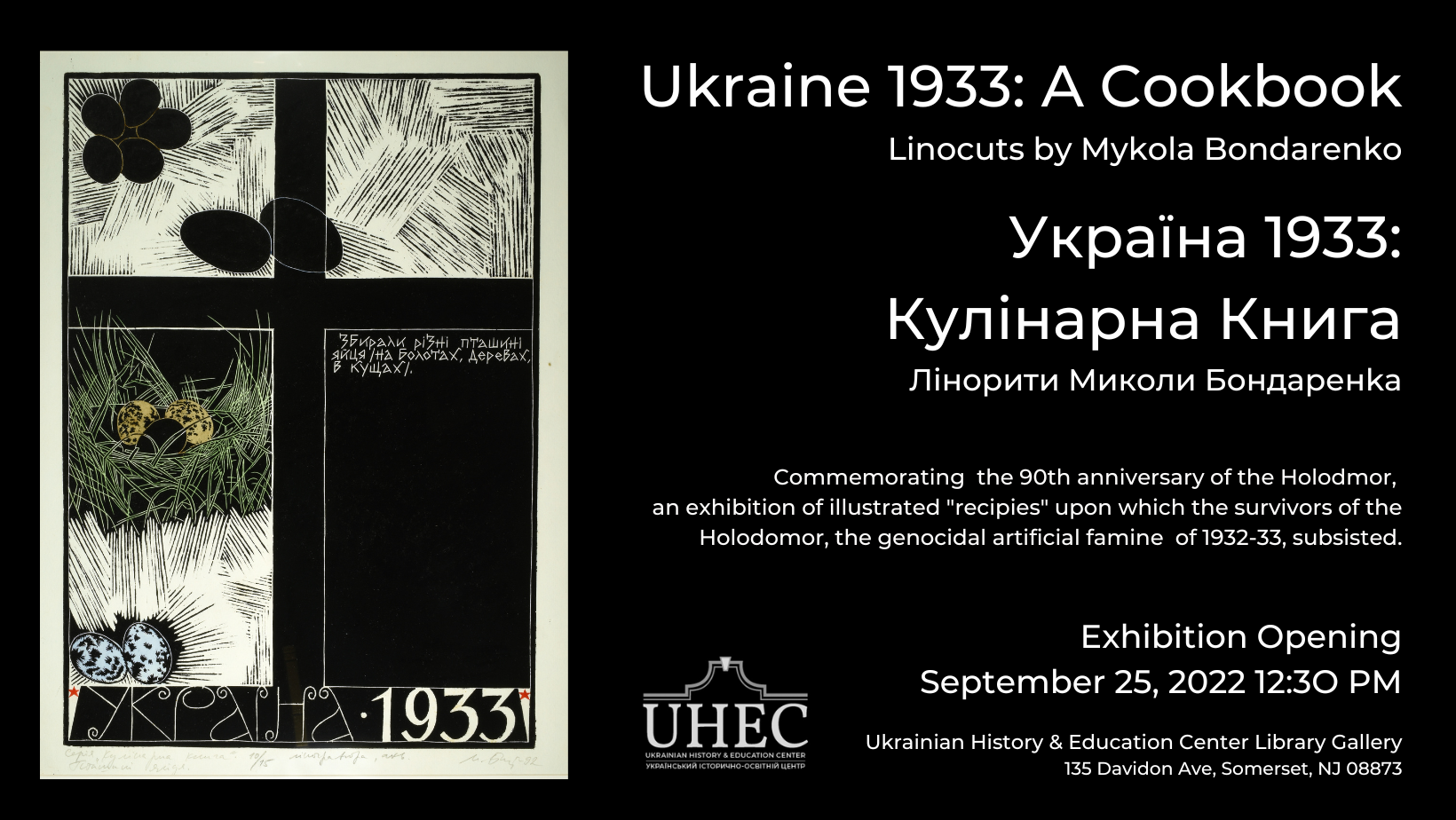 The exhibition “Ukraine 1933: A Cookbook” will open in the USA

On September 25, the exhibition “Ukraine 1933: Cookbook” will open in the library of the Ukrainian History and Education Center in Somerset (New Jersey, USA). At the exhibition dedicated to the 90th anniversary of the Holodomor – genocide of 1932-1933 in Ukraine, linocuts of the artist and researcher Mykola Bondarenko will be presented. It is reported on the official website of the Center.

Graphic artist Mykola Bondarenko is the author of the book “Ukraine 1933: A Cookbook. Human memory”, published in 2008. And in 2019, its second edition was published – supplemented by a translation into English. The author collected and recorded the testimonies of Holodomor eyewitnesses and recreated and illustrated the “menu” of those terrible times.

Instead of depicting emaciated peasants or other scenes of suffering and death, Bondarenko presents the various plants and animals that people were forced to eat in order to survive. They are depicted in stark black and white lines set against a black cross shape (simultaneously recalling both the Christian Cross and a windowpane), and are accompanied by a short text identifying the plant or animal and describing how it was prepared for consumption.

The effect is chilling: one cannot help but be horrified by the idea of being forced to eat grasses, thistles, burdock, corn husks, cats, dogs, baby birds, or the carcasses of farm animals in a desperate attempt to get enough calories to stay alive. The “recipes” in this “Cookbook” are base on first-hand accounts. In addition to the recipes, the series also includes depictions of some of the homemae tools that were used to prepare the “food”.