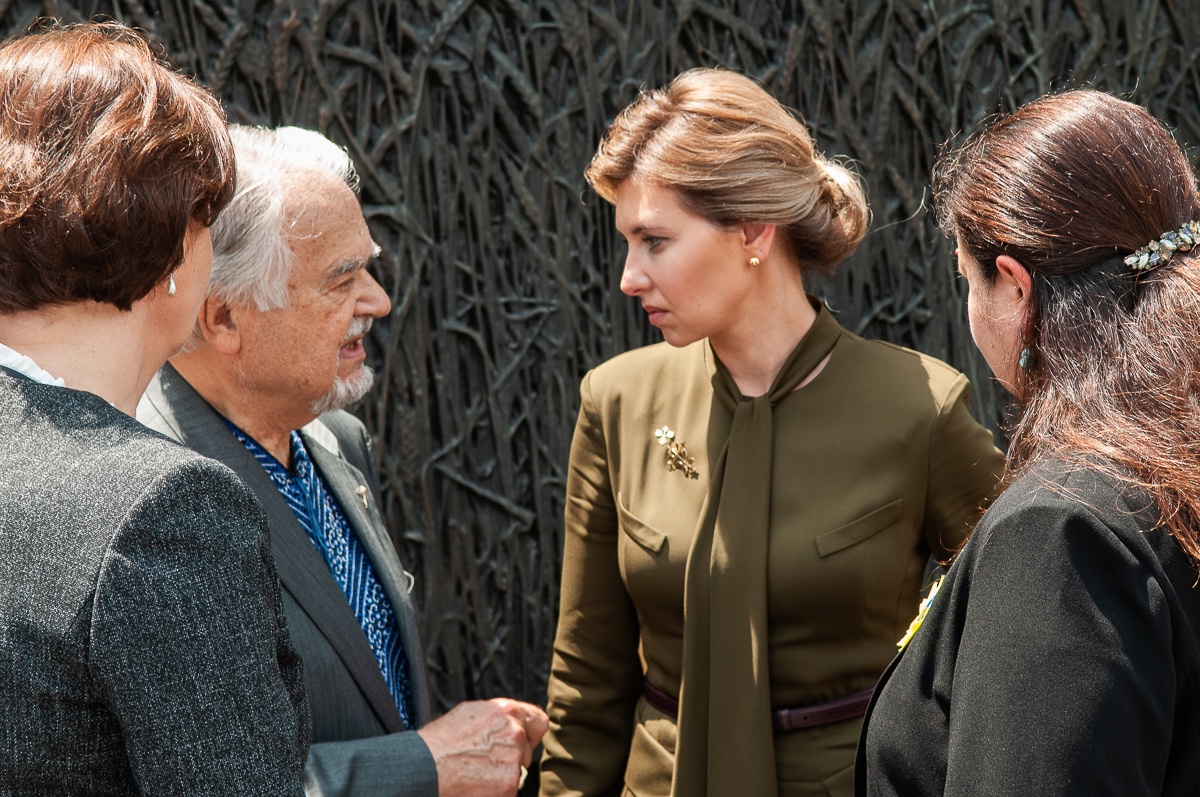 On July 19, during a working trip to the United States, First Lady Olena Zelenska honoured the memory of the destroyed Ukrainians at the Holodomor Genocide Memorial in Washington.

“Tens, hundreds, thousands of ears of grain – 90 years ago, the life of our ancestors depended on them. A spike could save a life, and you could pay for it with your life, Olena Zelenska wrote on Facebook. – Holodomor Genocide Memorial to the Holodomor victims in Ukraine in downtown Washington, D.C. looks like this: a field of ears of grain embodied in bronze. Behind each of them – is someone’s fate and memory of the attempt to exterminate Ukrainians.”

“Visiting this place, which resonates so much with our tragic present, where Russia is trying to destroy Ukraine once again, I received a real ray of light – a meeting with the Ukrainian community in the United States. These are people who, even thousands of kilometres from their homeland, remember who they are, who know the language, who voluntarily reacted to the Russian attack in the first ranks and rushed to help their homeland and compatriots, the first lady added. – Paraphrasing a well-known parable: When wheat spikes are held together, they cannot be broken – so we won’t be broken either.”

At the same time, as the President of Ukraine, Volodymyr Zelenskyy, emphasized in his evening address on July 21, “the first real result of the visit of the First Lady of Ukraine to the United States” was the draft resolution recognizing Russia’s actions in Ukraine as genocide. Senators Risch, Cardin, Wicker, Blumenthal, Portman, Shaheen, and Graham introduced it.

The resolution states that Russia’s actions in Ukraine, which include forced deportation to Russia and the targeted killing of Ukrainian civilians during mass atrocities, constitute genocide against the Ukrainian people. The senators introduced the resolution shortly after Olena Zelenska addressed the US Congress directly.