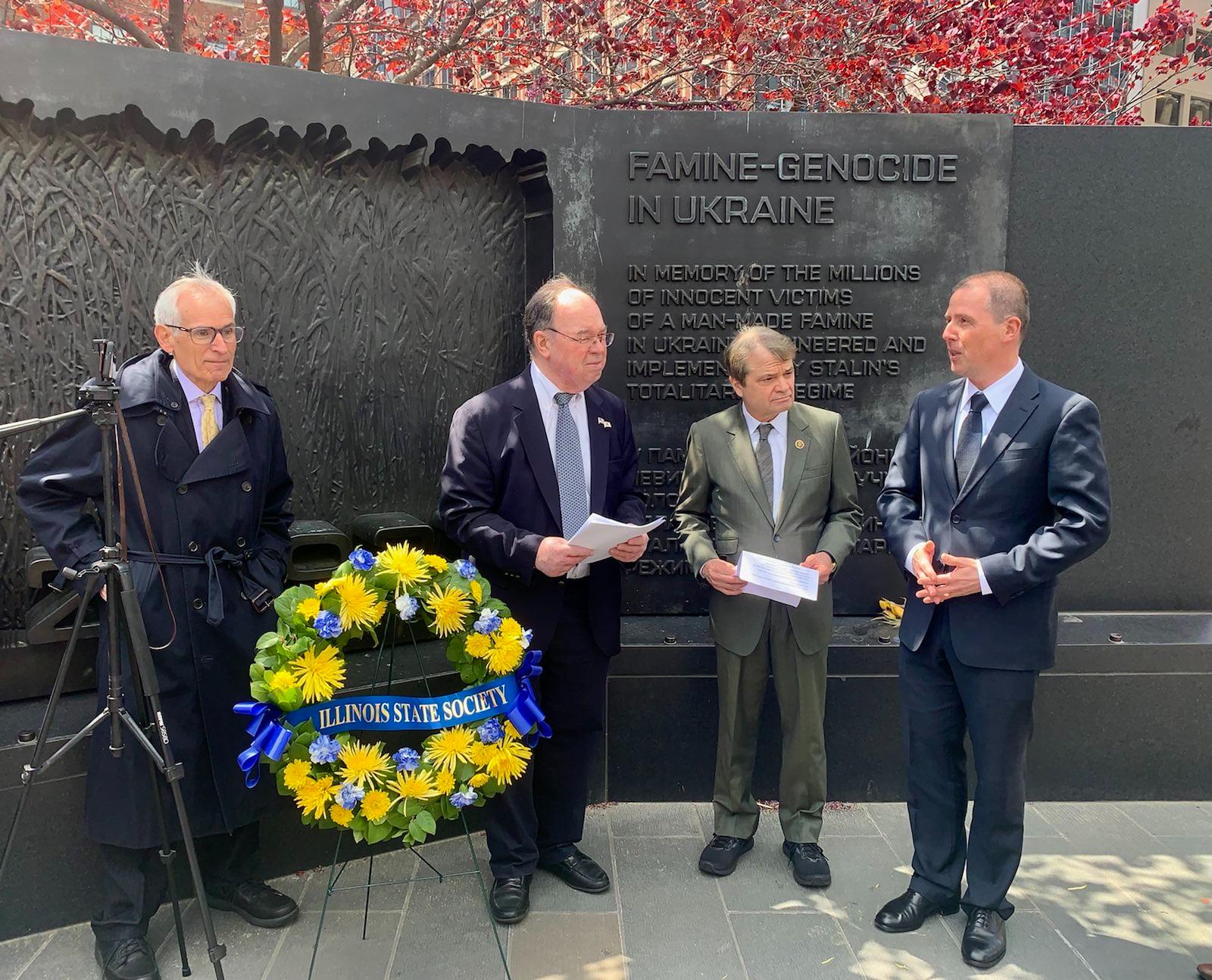 The Holodomor victims were honored in Washington

In the US capital, members of the Illinois State Society in Washington and the Cleveland Club of Washington, in solidarity with Ukraine in the time of Russia’s aggression and to honour the memory of the millions of Ukrainians who died during the Stalinist repressions, held a wreath-laying ceremony at the Holodomor Memorial. It was reported on Facebook by the Embassy of Ukraine in the United States. 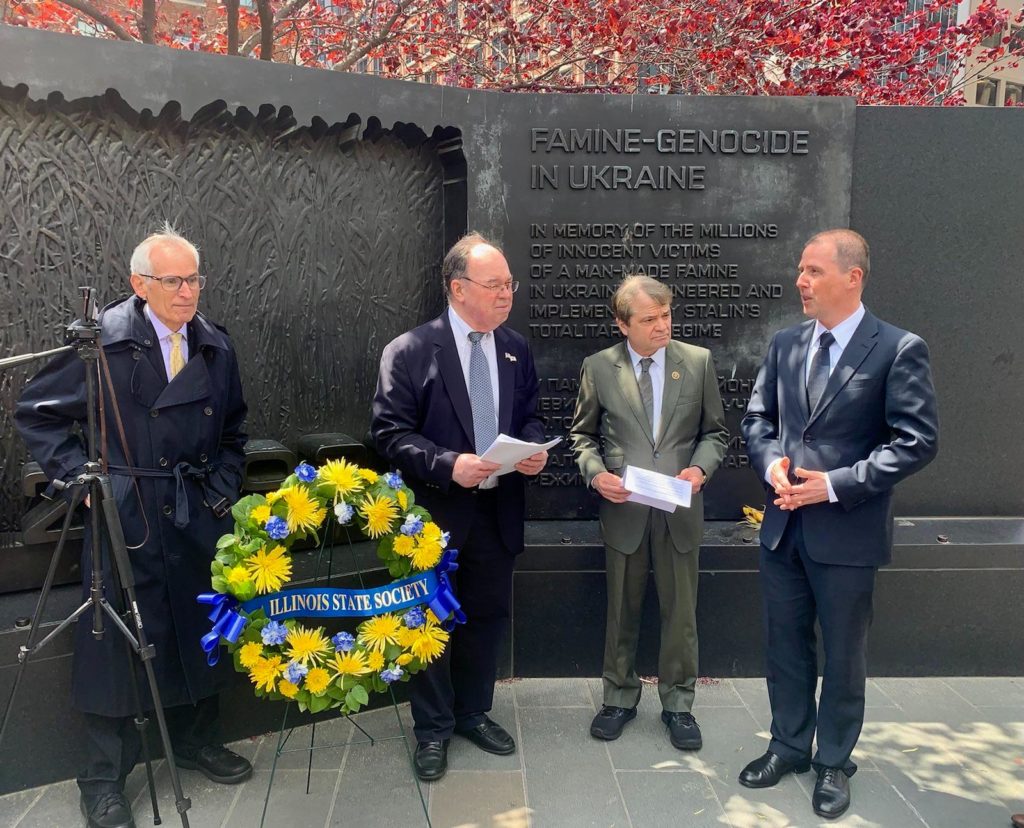 Addressing those present, Advisor Envoy, Yaroslav Brisiuck, reminded of the high price that the Ukrainian people pay for maintaining democracy on the European continent. 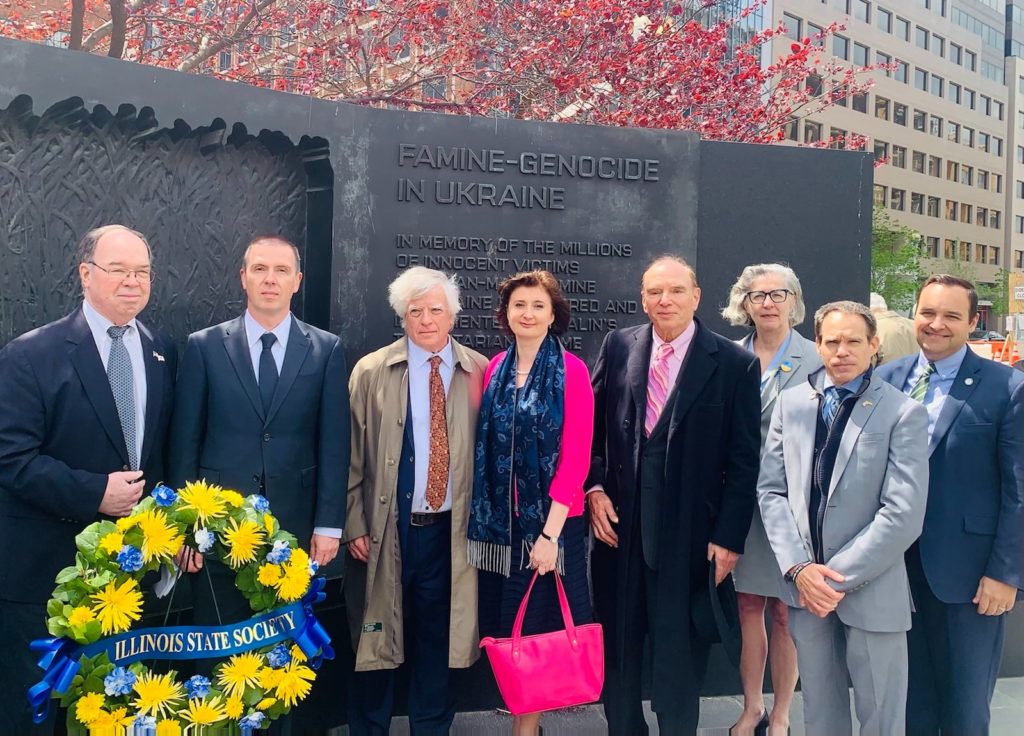 The ceremony was reportedly attended by Congressman Mike Quigley (Co-Chairman of the Congressional Ukrainian Cucus – Friendship Group with Ukraine in the U.S. House of Representatives), Ambassador Andrew Bremberg, President and CEO of the Foundation of Victims of Communism, writing Nnik and journalist David Sutter, Director of Ukrainian information service in the United States Michael Savkív and architect of the monument to victims of the Holodomor in Ukraine Larissa Kurilas, former Congressman Don Ritter, President of the Illinois State Society of Washington, DC Stuart Piper, President of the Cleveland Club of Washington, DC Brook Stoddard, ex-Congressman Jerry Weller.

Photo – Embassy of Ukraine in the United States / Facebook.