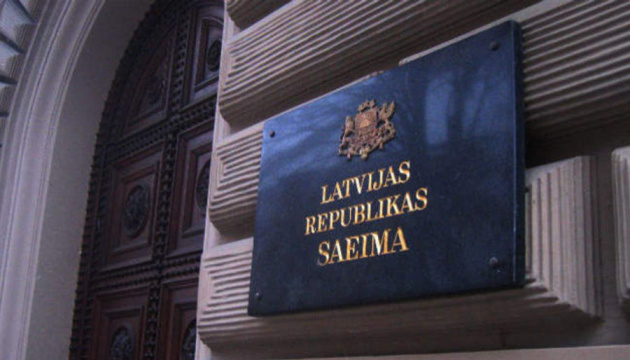 The Latvian Saeima recognized Russia a state sponsor of terrorism

On August 11, deputies of the Latvian parliament adopted a statement declaring Russia a state sponsor of terrorism and calling its actions in Ukraine “purposeful genocide against the Ukrainian people.” The press service of the Saeima  reported it.

At the same time, the Saeima called on other countries to express the same point of view.

The text states that Russia is purposefully attacking the civilian population on the territory of Ukraine.

“Russia has been providing support and financing for terrorist regimes and organizations for many years, directly and indirectly, as the largest arms supplier for the Assad regime in Syria and as an implementer, such as the poisoning of the Skripal family or the shooting of the MH-17 aircraft. In Ukraine, Russia has chosen a similar, cruel, immoral, and illegal tactic, using imprecise and internationally banned weapons and ammunition, targeting disproportionate brutality against civilians and public places,” said Rihards Kols, Chair of the Saeima Foreign Affairs Commission.

In their statement, Latvian MPs called on EU countries  to immediately halt the issue of tourist and entry visas for Russian and Belarusian citizens. Latvia already did this at the beginning of August.

Let us remind, on April 14, the Verkhovna Rada recognized Russia as a terrorist state, and its political regime as neo-Nazi in “essence and practice.” The President of Ukraine, Volodymyr Zelensky, stated that the recognition of Russia as a “terrorist state” is necessary not as a political gesture but as an effective defense of the free world.