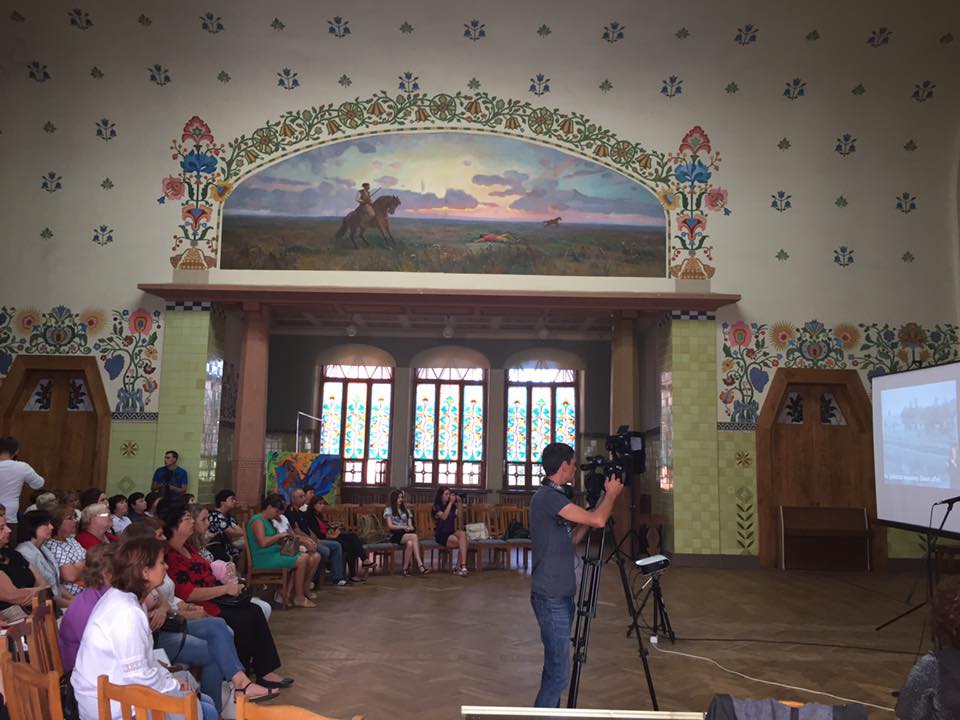 The memorial presented an educational film for teachers from Poltava region

In collaboration with the Poltava Local History Museum named after Vasyl Krychevskyi and the Department of Education and Science of the Poltava Regional State Administration, the National Museum “Holodomor Victims Memorial” presented an educating film “Covering the Holodomor: Memory Eternal” in Poltava on September 19, 2017.

110 teachers of history and law watched the film in the hall of the Poltava Local History Museum and received a DVD with a film and reference materials on Holodomor as a gift.

The presentation was organized within the project of the Holodomor Victims Memorial on distribution the educational film “Covering the Holodomor: Memory Eternal” among schools of Ukraine.

The film is the result of the long-standing cooperation of the National Museum “Holodomor Victims Memorial” with the Canadian Museum for Human Rights and is shown only as a part of exposition of these museums.

The storyline focuses on the international press, which published information about the Holodomor. There is the media struggle in the centre of the plot: Walter Duranty who was sympathetic to Stalin’s policy and denied the massacre of Ukrainians in the 1930s, and journalists Gareth Jones and Malcolm Muggeridge who tried to convey the truth.

The role and functions of the media, which can both break the silence around the crime, and help to create an informational vacuum that conceals or distorts the truth, are explored in the 12-minute film on an example of the history of the genocide of the Ukrainian nation – the Holodomor.

The museum plans to organise similar presentations in Zaporizhia (October 5), Dnipro (October 4), Chernihiv, Siverodonetsk, Kramatorsk. Earlier, the CDs with the film were given to teachers in Lviv, where the presentation was held in cooperation with the Memorial Museum of totalitarian regimes “Territory of terror”.