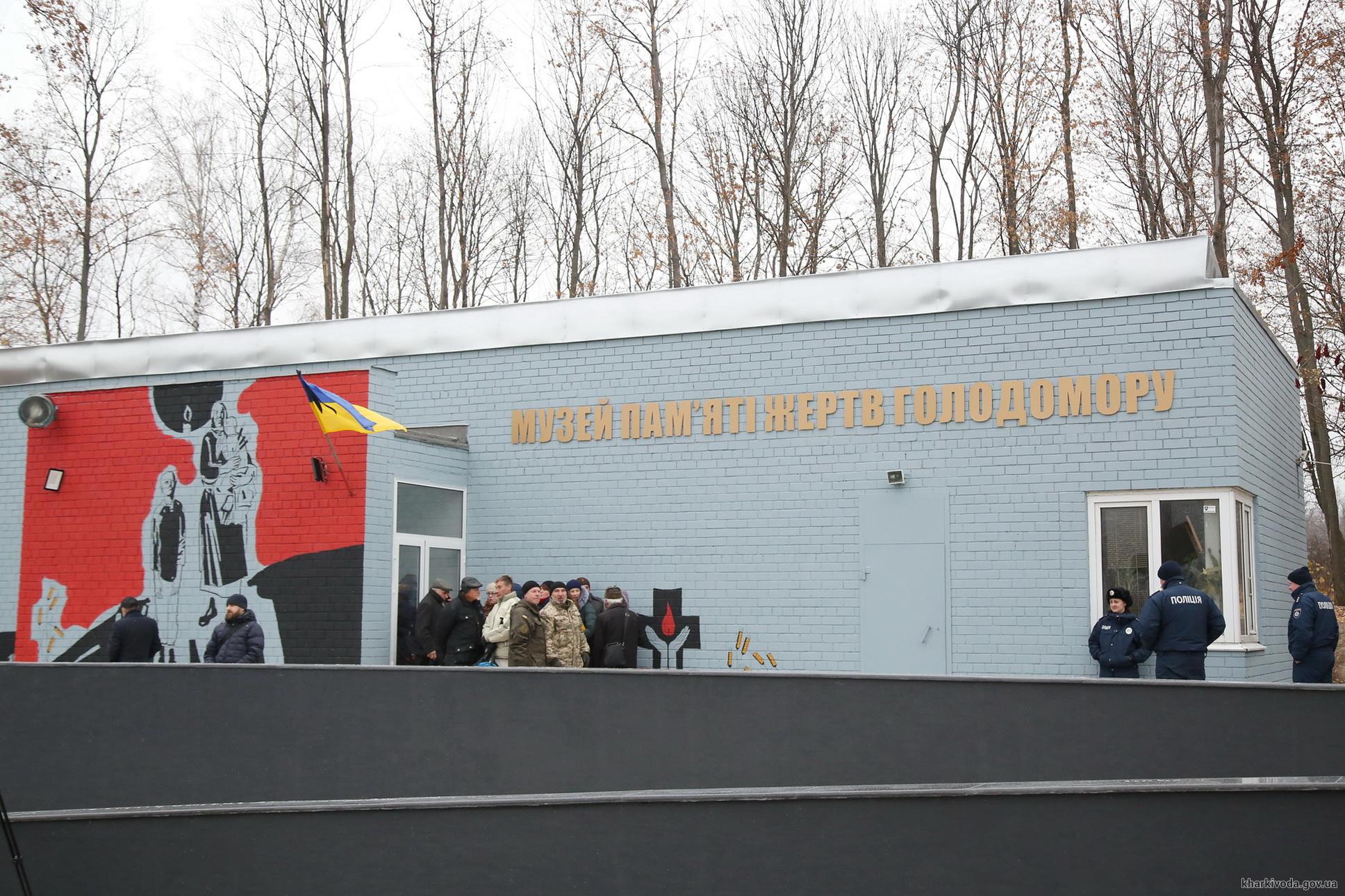 The Museum of Memory of Holodomor Victims was opened in Kharkiv

In the framework commemoration of the 85th anniversary of Holodomor in Kharkiv, the Museum of Holodomor Victims’ Memory was opened, the Kharkiv Regional State Administration press office reports.

Before the opening of the museum, there was a laying of flowers to the Memorial Complex to the Holodomor victims. The authorities of the oblast, representatives of the clergy and the public, veterans and volunteers joined the event.

“This date is a terrible event in the history of Ukraine, so the Kharkiv region was seriously preparing for the commemoration of the dead. Very careful preparation work was carried out; our specialists gathered more than 60 authentic exhibits. Here you can see unique objects, documents and pictures of those times that were collected from all over Kharkiv region “, – said the deputy head of the Kharkiv Regional State Administration Anatolii Babichev.

During the opening of the exhibition, the deputy head of Kharkiv Regional State Administration, Mykhailo Chernyak, handed over the second book “The National Book of Memory of the Victims of 1932-1933 Holodomor in Ukraine. Kharkiv region” to the museum.

“The first volume of the Book of Memory was published almost 10 years ago. The second book contains the complemented list of victims of the 1932-1933 Holodomor, who lived at the time in the Kharkiv region. The material has been refined by specialists, but at the moment it is still not complete. We all know that the facts were concealed at that time, but in fact entire villages were dying. We will continue to work in order to restore the historical justice. Our people must know their history”, – said Mykhailo Cherniak.

According to him, the museum’s exposition also includes the things of people whose names are printed in the publication.