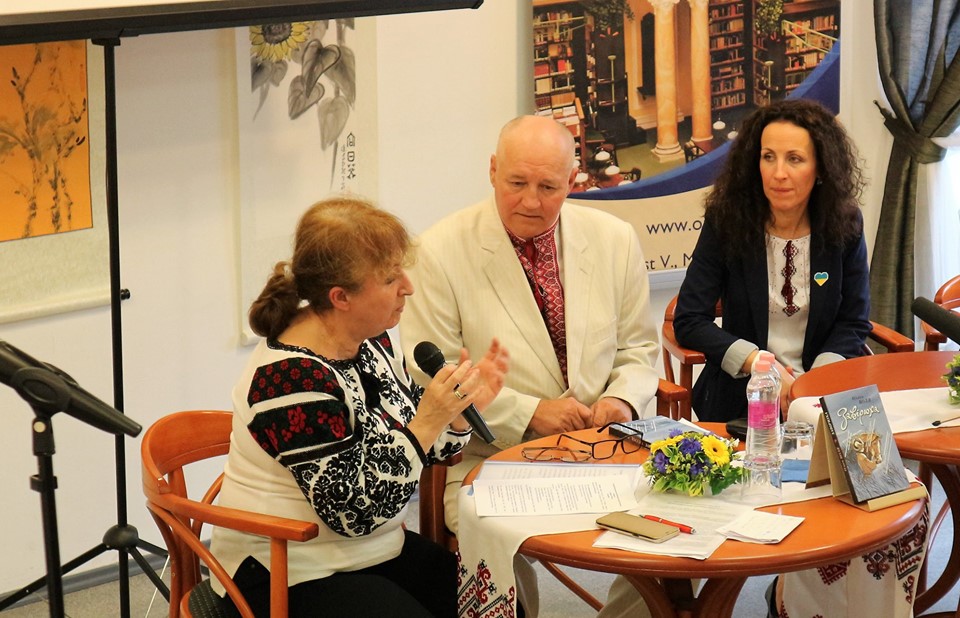 This was written by Lubov Nepop, Ambassador Extraordinary and Plenipotentiary of Ukraine to Hungary, on her Facebook page.

The event was held at the Library of Foreign Literature in the capital city, according to Ukrinform and Radio Liberty. At the beginning, the Candle of Memory for all victims of the Holodomor was lit, accompanied by the song “Svicha.” The slides of documentary material about this crime of the Stalinist regime were demonstrated. After a minute of silence, the director of the library Dr. Anna Maria Papp opened the presentation. The Ambassador told about the scale of the genocide and called the number of victims – 10 million. The Ambassador also thanked Hungary for recognizing the Holodomor as an act of genocide of the Ukrainian people and the President of the Union of Ukrainian Culture of Hungary Yaroszlava Hartyanyi for her contribution to this process, as well as for the initiative to translate the book “Zaviriukha” and asked to sign the petition for the recognition of the Holodomor by Germany. The author of the novel Oles Volia and the translator Nikoletta Olasz-Hartyanyi were invited to speak. At the end, the Hungarian actor Robert Garai read the excerpts of the work.

“In 2017, at a meeting with Mr. Janos Ader, the president of Hungary, I heard from him that in Hungary in recent years there has already been a study of historians about the Great Hunger in Ukraine, but there is no novel about this tragedy and that a worthy work of art of a Ukrainian author is to be found and translated into Hungarian, and he, the president, will materially support us (UUCH – ed.),” Mrs. Hartyanyi, head of the UUCH, told during the presentation. We hope that the initiatives of cultural diplomacy and the spreading of the truth about the Holodomor through cultural initiatives will be continued!

The translation and publication of the book was carried out by the Union of Ukrainian Culture of Hungary with the support of the Embassy of Ukraine in Hungary and funding of the Ministry of Foreign Affairs of Ukraine. Oles Volia is a Ukrainian writer, winner of the Oles Honchar National Literary Prize. He also noted the idea of ​​his book: “It is a memory, a memory and a memory again. It should not disappear, especially about the artificially organized Great Famine of Ukrainians. The memory of the Holodomor is a black bottomless well, in which, no matter for how long you look, you will not understand where the truth is buried, because it constantly changed and replayed. My mother told me: “Son, the truth about the famine of the thirty-three will be allowed to be spoken about by the authorities. But they will so much change the truth that it will become a huge lie.” Often, in our realities, the Holodomor is the topic for speculation for political parties and the whole states. I believe that the issue of covering the truth about the Holodomor is a question of power over the minds and various manipulations in the past and even now.”