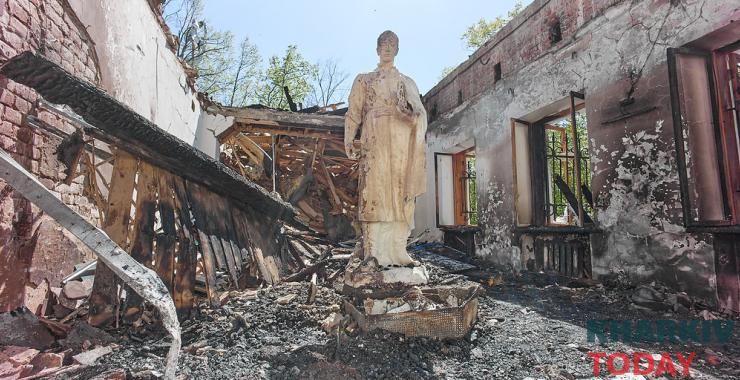 The rashists are not only destroying the cultural heritage of Ukrainians by bombing but also taking the property of Kherson museums and art collections of educational institutions to the occupied Crimea. It is known that on May 12, the Russian military began conducting targeted raids on the homes of local historians, collectors, and antique shops. It was reported by Defence Intelligence of the Ministry of Defence of Ukraine.

“Everything that is of the least artistic or historical value is forcibly taken away. Information about the availability of collections is provided to them by so-called “civilian experts” from among the collaborators. They also give a preliminary assessment of the value of the exhibits, ” the HUR said.

According to witnesses, the representatives of the Russian Armed Forces who were involved in the raids do not look like ordinary service members. They are equipped with Western-style clothing and travel in Toyota SUVs. However, they have Russian-made weapons.

Such robberies by invaders are systematic and carried out in all occupied territories. Thus, at the end of April, the occupiers stole Scythian gold from the Melitopol Museum of Local Lore. The unique collection of the IV century B.C., the museum staff hid in a safe place when the war broke out; and the region came under Russian control. However, local collaborators helped the Russians find historical values.

“The Russian military has seized the Melitopol City Museum of Local Lore. The collaborators pointed out to the Russians the place where Scythian gold was stored, which was discovered by archaeologists in the 1950s,” the Zaporizhzhia OVA reported on April 27.

In the photo: Destroyed Hryhoriy Skovoroda Museum in Kharkiv Region.