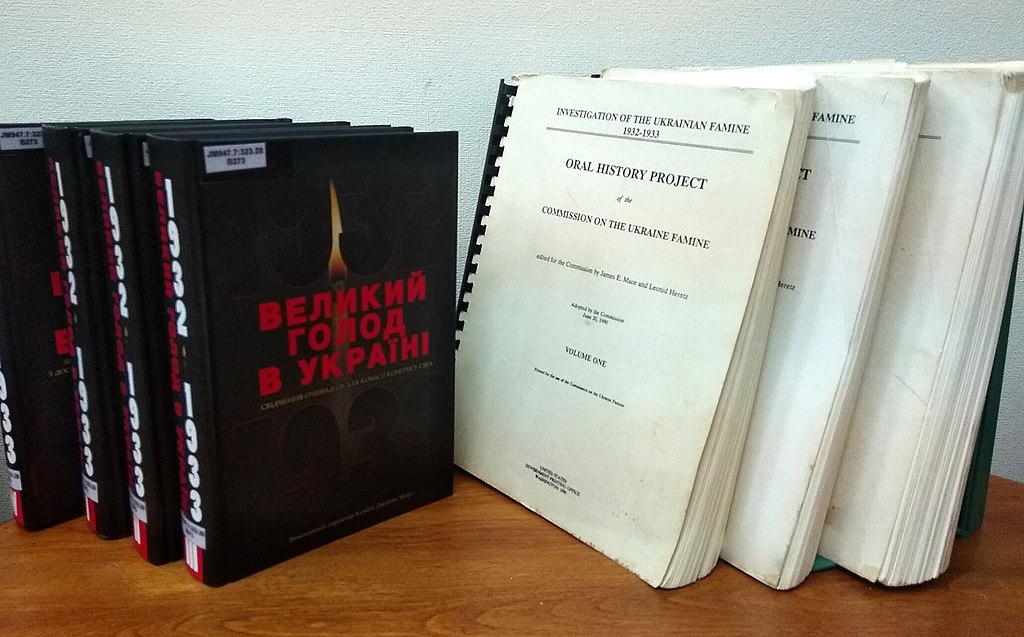 RIA Novosti’s Russian propaganda resource has released a video of “Nazi literature” being seized from the children’s library. The propaganda video was shot at the Malvina Central Children’s Library in occupied Melitopol.

The description under the video states that “a warehouse of Nazi literature was found” in the children’s library.

Can you imagine? Books found in the library! I wonder what, according to Russian propagandists, should have been in the library? And what do they mean by “Nazi literature”? It turns out that these are books on the history of Ukraine, in particular, about the Holodomor and patriotic publications.

Among the “arrested” books on the video are four volumes of Mace’s commission, Robert Conquest’s Harvest of Sorrow, Volodymyr Serhiychuk’s How We Were Starved, Valentyna Borysenko’s Candle of Memory, Stanislav Blednov’s Holodomor in Donbas 1932-1933, Resistance to Genocide”,”Ukrainian Holocaust 1932-1933. Testimonies of Survivors”, “Stalin-Hitler Genocide of the Ukrainian People: Facts and Consequences” by Fedor Morgun, as well as books on repression and the history of the Ukrainian resistance “Forest Cut Down” by Larysa Krushelnytska, “Oral History of the Russian-Ukrainian War 2014-2016 “, “The Way of the Ukrainian Warrior,” “Maidan. Direct speech”.

The list even includes works of art: “Black Crow” by Vasyl Shklyar and “June Rainfall” by Tymofiy Havryliv. However, this is not a complete list of deleted publications, but only those that could be seen in the video.

The propagandist calls this literature works of “pseudo-historical orientation.” They will be “sent for study” and then “archived and stored in a separate room.”

The level of people engaged in expert “study” of books is evidenced by the remark of the lady from the same video: “This is a rewritten history from the Institute of National Remembrance, which was established under Poroshenko.” It is worth reminding that the UINP was established in 2006 under President Viktor Yushchenko, and in 2014 it was reorganized.

The library in question is currently down. Because invaders and collaborators call it “abandoned.” And to get to the middle, they had to “break into” it, but then the man on the video corrected his slip to “open.”

However, the library’s page on social networks operates and is filled with patriotic posts. Thank you, colleagues, for your courage and indifference! Let’s win together!

It will be recalled that the Russian propagandist called the materials on the history of Ukraine and patriotic orientation found at the border post in Kupyansk earlier “falsification.”