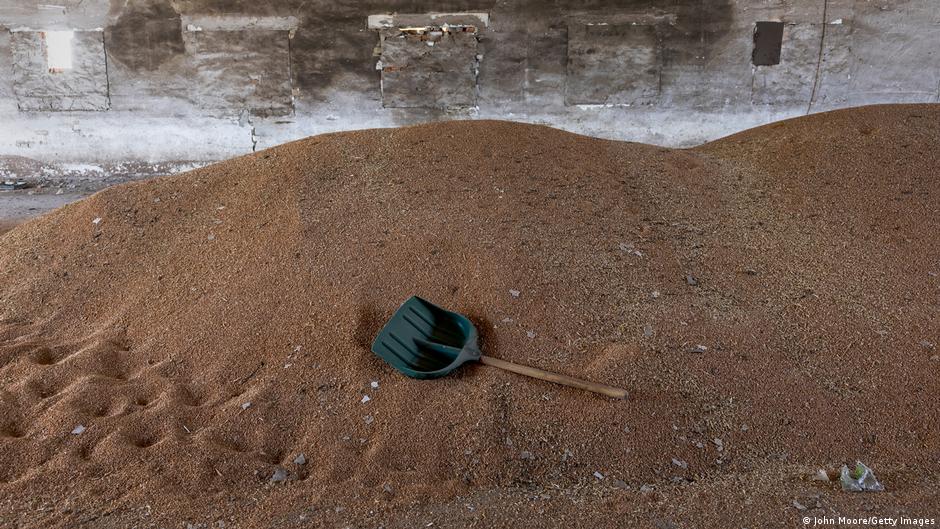 On Tuesday, May 24, European Commission President Ursula von der Leyen compared the actions of the Russian army in the occupied Ukrainian territories to the capture of the Soviet-era harvest. She stressed that Russia uses food supplies as a weapon, Deutsche Welle reports.

“In Russian-occupied Ukraine, the Kremlin’s army is confiscating grain supplies, and equipment (…) And Russian warships in the Black Sea are blocking Ukrainian ships full of wheat and sunflower seeds,” von der Leyen said at a speech at the World Economic Forum in Davos, Switzerland.

“For some, it evoked memories of a dark past, the Soviet harvest and the devastating famine of the 1930s,” said von der Leyen, referring to the Holodomor, which claimed the lives of millions of Ukrainians.

According to the President of the European Commission, Russia uses food supplies as a weapon with global implications, acting in the same way as in the energy sector.

“Russia is now accumulating its own food exports as a form of blackmail – holding back supplies to raise world prices, or trading wheat in exchange for political support,” von der Leyen said. “It is the use of hunger and grain to strengthen its power.”

The president of the European Commission called for an international response to Moscow, saying that “global cooperation is an antidote to Russian blackmail.”

At the same time, the head of the European Commission called the Russian bombing of grain warehouses in Ukraine and the blockade of agricultural exports “shameful acts” that led to “high growth in world wheat prices.”

The EU has promised to open “channels of solidarity” with Ukraine – alternative logistics routes to help the country export grain. EU agriculture ministers will meet in Brussels to discuss progress in their launch.

It is worth noting that since the beginning of the large-scale invasion on February 24, Russia has been blocking grain exports from Ukraine, primarily to North Africa and Asia. According to the UN World Food Program, in early 2022, 276 million people suffered from acute hunger. If the war in Ukraine continues, that number could increase by another 47 million.