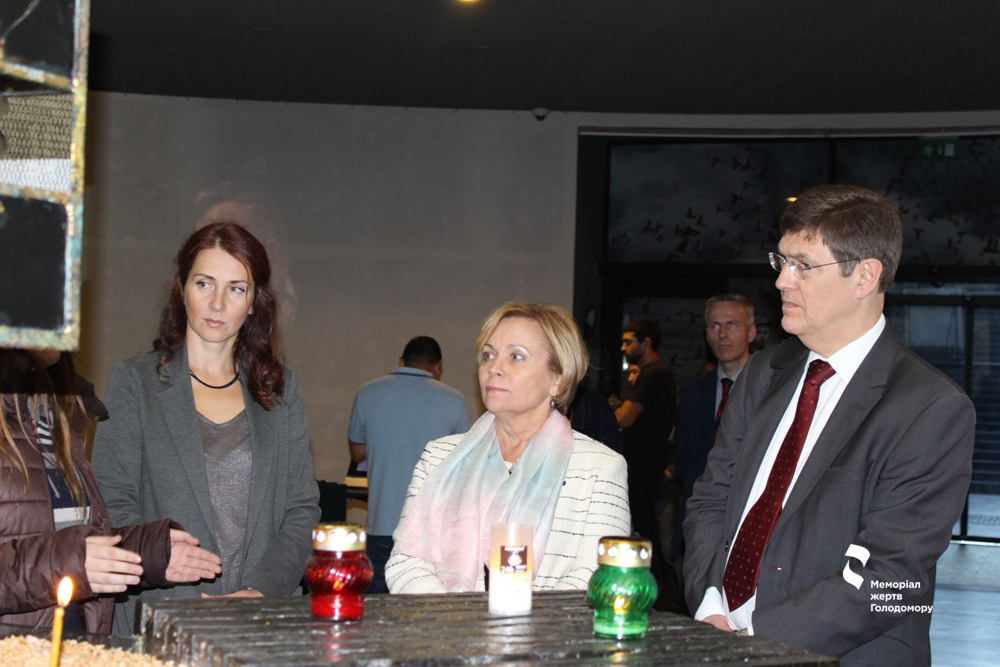 On October 17, 2018, the National Museum «Holodomor Victims Memorial» was visited by the President of the NATO Parliamentary Assembly, Rasa Juknevičienė. The Director General of the Museum Olesia Stasiuk met the guest.

Ms. Rasa Juknevičienė visited the Memorial and the Hall of Memory, attended the guided tour about the history of Holodomor and lit a candle in memory of millions of innocent Ukrainians killed during the genocide of 1932-1933.

The meeting with a witness of massive famine in Ukraine in 1946-1947 Nina Heiko was held at the same time of the visit of the delegation. Ms. President greeted Nina Heiko. Women exchanged warm words of support and compassion. Rasa Juknevičienė remembered her relatives who suffered from the repression of the Soviet Union.