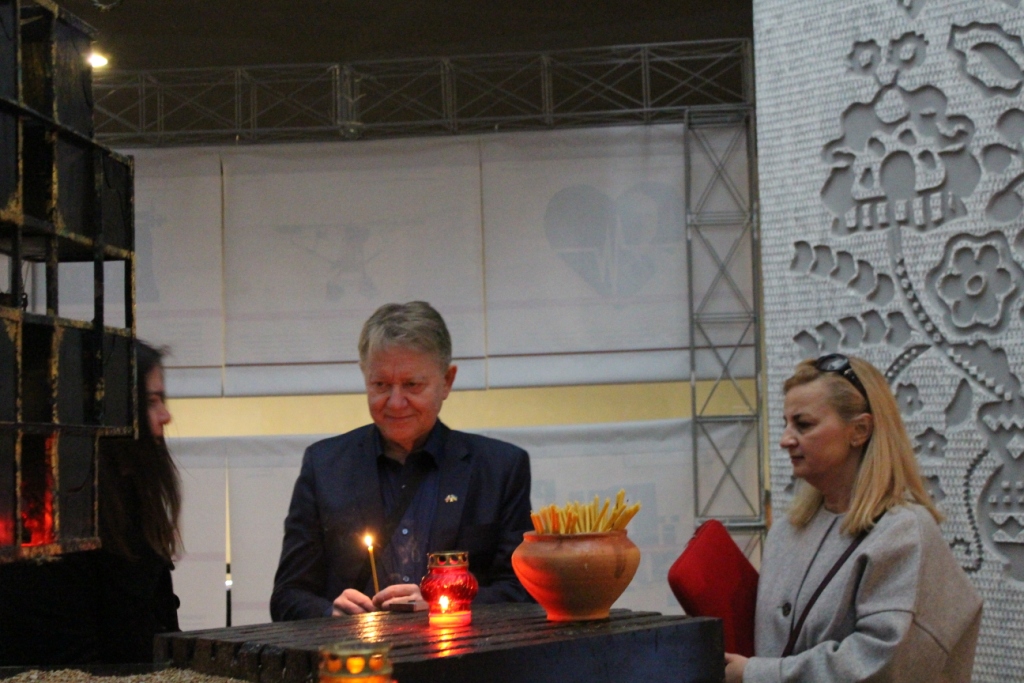 The representatives of the Norwegian NGO Visited the Museum

On April 19, 2019, the National Museum “Holodomor Victims Memorial” was visited by the members of the Norwegian NGO “Support to the people of Ukraine” Pierre-Kaare Holdal and Olga Samarska. They offered to cooperate in spreading the information on the events of 1932-1933 in Ukraine among Norwegians, since the Kingdom of Norway has still not recognized the Holodomor as the genocide of the Ukrainians. At the same time, the guests asked for documents for the preparation of a corresponding diplomatic resolution to be considered by the Government of Norway. In the nearest future, all necessary documents will be collected and transferred.

The representatives of a non-governmental organization expressed their intention to jointly hold an international conference in Oslo, in November 2019, during which different directions of research on the topic of the Holodomor would be presented, as well as other Ukrainian-Norwegian and Ukrainian-Swedish cultural projects.

While listening to the tour, the guests were interested in various facts and details of historical events unfolded on the territory of Ukraine in 1932-1933. They were extremely impressed by the level of atrocities and cynicism of that time. In conclusion, they commemorated the victims of the Holodomor and lit candles on the Altar of Memory.