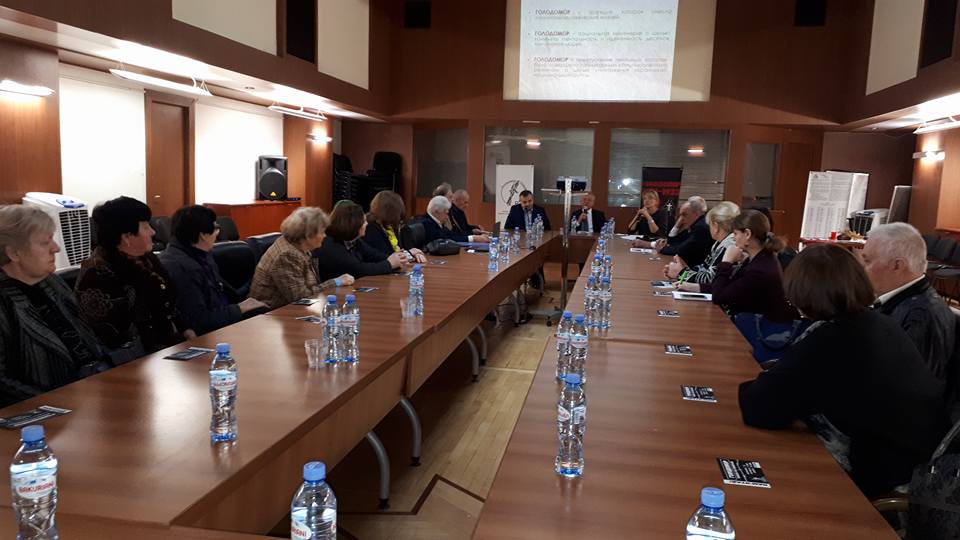 On October 30 and 31, 2018, the National Parliamentary Library of Georgia (Tbilisi) hosted a round table discussion on the Holodomor in Ukraine in 1932-1933. It was dedicated to the 85th anniversary of the Holodomor-Genocide, the press service of the Embassy of Ukraine in Georgia informs.

On October 30, 2018, the Ambassador of Ukraine to Georgia, I. Dolhov, opened the round table. He drew attention to the history of the raising of the question of the issue of the Holodomor in Ukraine by Ukrainians all over the world and the work aimed at recognizing it as the genocide of the Ukrainian people by an international community.

The participants of the event honored the victims of the Holodomor in Ukraine with a minute of silence.

Deputy Head of the Ukrainian Institute of National Remembrance Volodymyr Tylishchak made a detailed report on the causes, ways of exercising and consequences of the Holodomor in Ukraine in 1932-1933, and the participants of the round table actively discussed this.

The speeches and reports were made by Omar Ardashelia, professor, Candidate of Historical Sciences of the Sukhumi State University of Tbilisi (“Totalitarianism and national idea: past and present”); Doctor of Historical Sciences Nik Tevzadze (“Holodomor and Red Terror in Ukraine”), Head of the NGO “Association of Ukrainians – Georgia inhabitants” Mykhailo Borys (“Holodomors in Ukraine” – the repost was about Ukrainians who were forced to seek the rescue from starvation in the Caucasus, particularly in Georgia); Executive Secretary of the Council for National Minorities at the People’s Defender of Georgia Bela Osypova  (“The lists of Ukrainians based on Georgian archives’ materials”).

On October 31, the testimonies of the descendants of Ukrainians who escaped from the famine in Georgia (Oleg Mashkov, Tamara Piliia, Halyna Saienko, Yurii Moskalets, Valerii Chernenko, Levan Chachua) were heard, and the memories of Mykhailo Shlapak, Anna Habaraeva (Dolia) and Nina Shebyakina (Matvienko) were read out.

In conclusion, the participants of the event watched a documentary “Holodomor”, created by the Georgian authors.