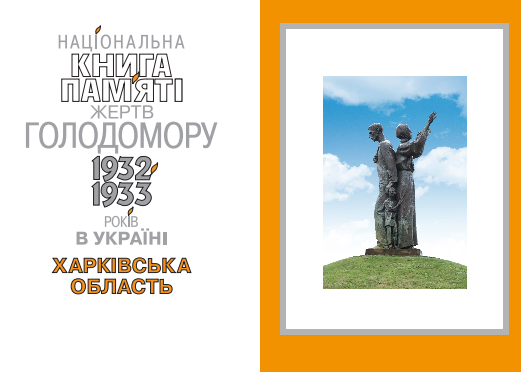 A second book of the Kharkiv National Book of Memory of Holodomor victims has been added to the Holodomor Vcitims Memorial official Internet resource.

The second book of the National Book of Memory of Holodomor victims of 1932-1933 contains information about the dead inhabitants of Valkivskyi, Iziumskiy (except Izium town), Keghyhevskyi, Kolomatskyi, Krasnohradskyi, Krasnokutskyi, Kupianskyi, Lozovskyi, Pechenizkyi, Sakhnovshchynskyi and Shevchenkivskyi districts. Martyrology of the book is strucured by contemporary names of regions and village councils of Kharkiv region. Kharkiv volume have the same structure, as in the other books, and contains, in addition to the martyrology, the documents, eyewitnesses’ accounts, the information about administrative-territorial division, indexes and the list of abbreviations. The publication is intended for scientists, teachers of higher education establishments, historians, ethnologists, and all those who are interested in the history of Kharkiv region.

The publication will be presented on Holodomor Rememberance Day in Kharkiv. Soon, visitors of the National Museum “Holodomor Victims Memorial” will be able to see the printed version of the book in the Hall of Memory of the museum.