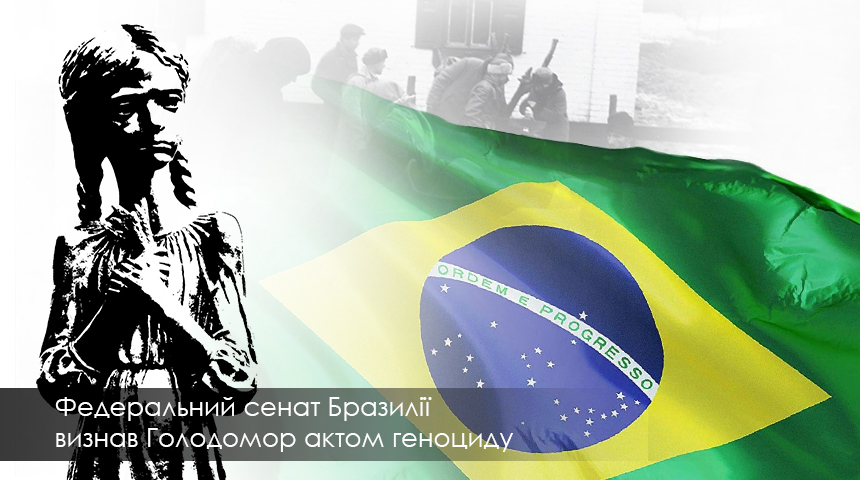 The upper house of the Brazilian parliament has recognized the Holodomor as an act of genocide.

The Federal Senate of Brazil recognized the Holodomor of 1932-1933 as an act of genocide and established the fourth Saturday of November as Holodomor Remembrance Day.

The author of the project, Senator Alvaro Dias, emphasized that the communist totalitarian regime forcibly took away grain crops from Ukrainians. “Those who tried to save food were punished, killed, or taken to forced labour camps,” the senator said. “Large-scale confiscation campaigns, restrictions on foreign aid, and bans on grain had an even greater impact on mortality.”

Senator Flávio Arns believes that the official recognition of the Holodomor will be a gesture of solidarity with the people who are now experiencing “brutal aggression.”

Senate President Rodrigo Pacheco emphasized that his country condemns Russia’s current invasion of Ukraine. “From the first moment, we have condemned this invasion, we condemn this war, and we strongly reject it, and we are in solidarity with the Ukrainian people. As the Federal Senate and the National Congress, we will definitely be on the side of the Ukrainian people,” he added.

It is worth noting that Brazil became the 19th country to recognize the genocide of Ukrainians in 1932-1933.