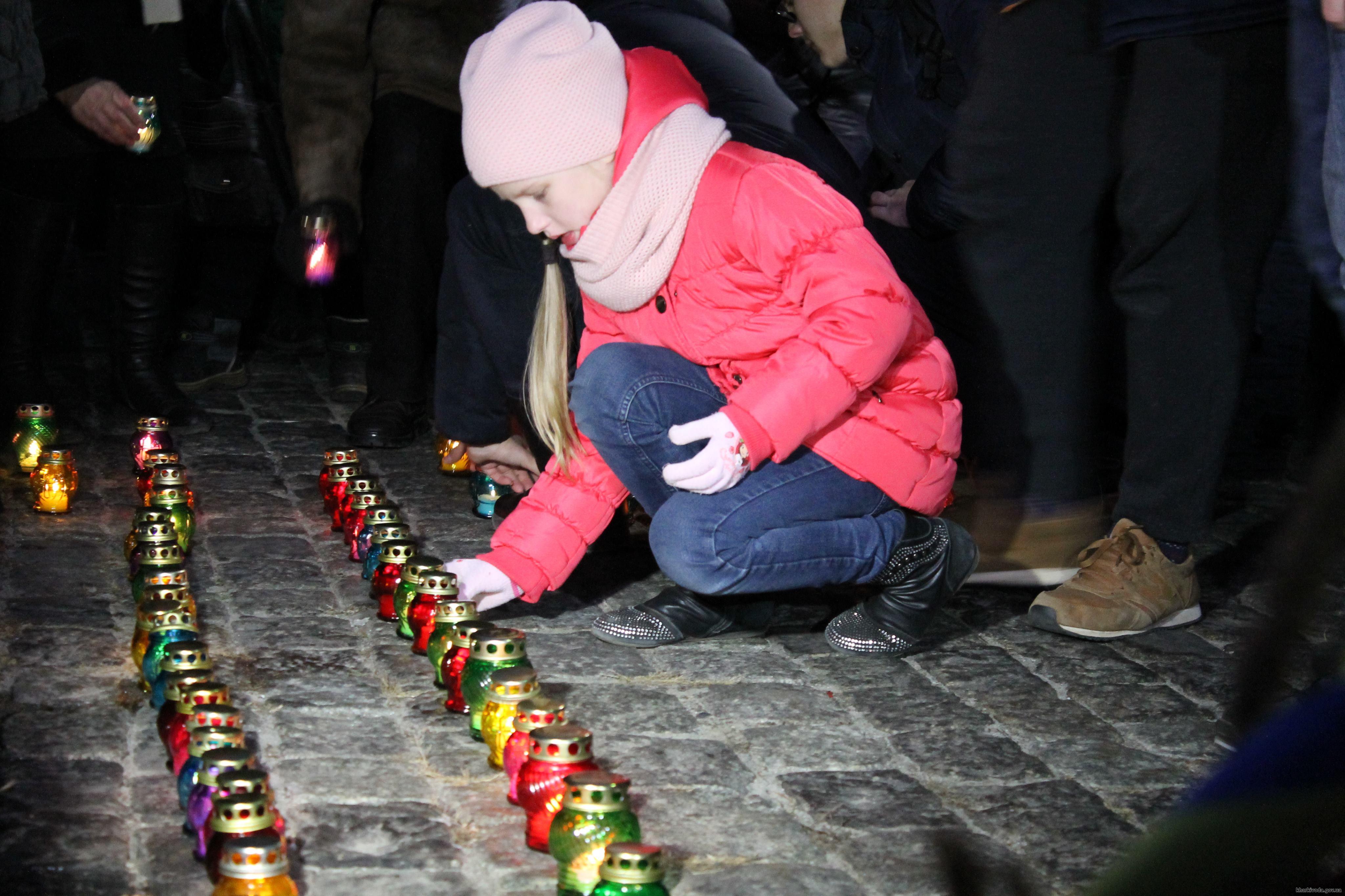 The traditional event was held near the Cross to the Holodomor Victims in the Youth Park. At Svobody Square at 16:00, people lit the candles, supporting the all-Ukrainian action, the press service of the Kharkiv Oblast State Administration reported.

After laying flowers and opening of the Museum of the Holodomor Victims, the representatives of local community organizations, volunteers, participants of the ATO and OS, representatives of the clergy and regional authorities gathered at the Cross to the 1932-1933 Holodomor Victims in the Youth Park. The event was attended by deputy chairmen of the Kharkiv Oblast State Administration Mykhailo Cherniak and Anatolii Babichev. Not only flowers, but also lamps, candles, spikes and bread were laid to the Cross. A prayer service was held.

At 16:00 on the Svoboda Square, an action “Let’s Light a Candle of Memory!” began. Kharkiv residents laid out a symbolic cross of lamps with candles on the main square of the city.