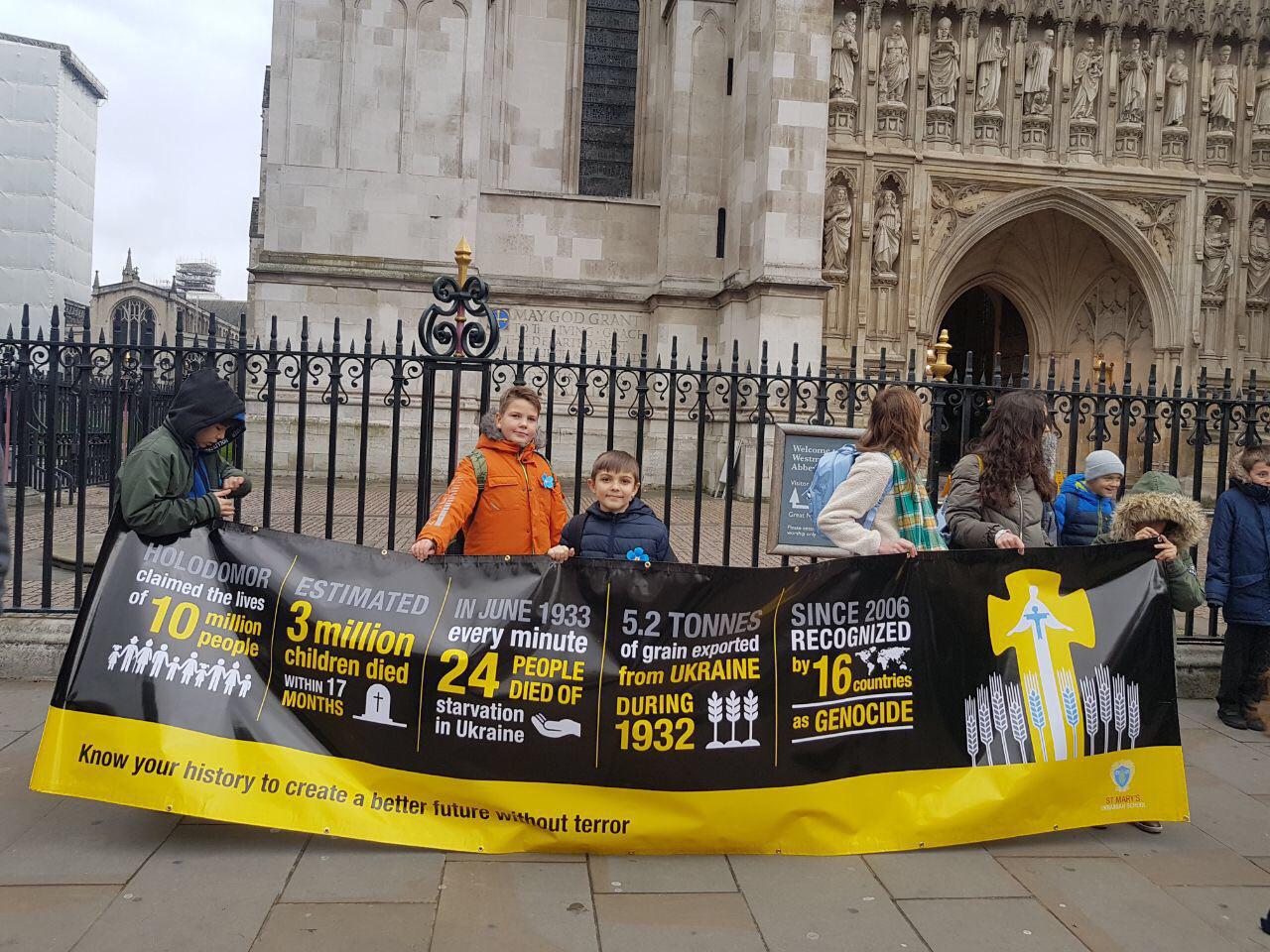 The victims of the Holodomor were honored in London

On November 24, 2018 a special Evensong was held in the Westminster Abbey, dedicated to the 85th anniversary of 1932-1933 Holodomor in Ukraine, the press service of the Embassy of Ukraine in the United Kingdom of Great Britain and Northern Ireland informed.

The priests of the Church of England, Ukrainian Catholic Church and Ukrainian Autocephalous Orthodox Church have served as a memorial service for the innocent victims of the genocide of the Ukrainian people.

Ambassador of Ukraine to the UK Natalia Galibarenko laid wreath at the Innocent Victims Memorial at Westminster Abbey. 85 PLAST scouts lit the candles of remembrance.

The commemorative event, organized with the Ukrainian Union in the UK, was also attended by representatives of the British Parliament, businesses and a great number of British Ukrainians.

Also, on November 26, an exhibition “Ukraine 1932-1933: The Genocide by Famine” was opened in the British Parliament. The event was attended by Minister of Foreign Affairs of the United Kingdom Jeremy Hunt, Ambassador of Ukraine to the United Kingdom Natalia Galibarenko and British parliamentarians.