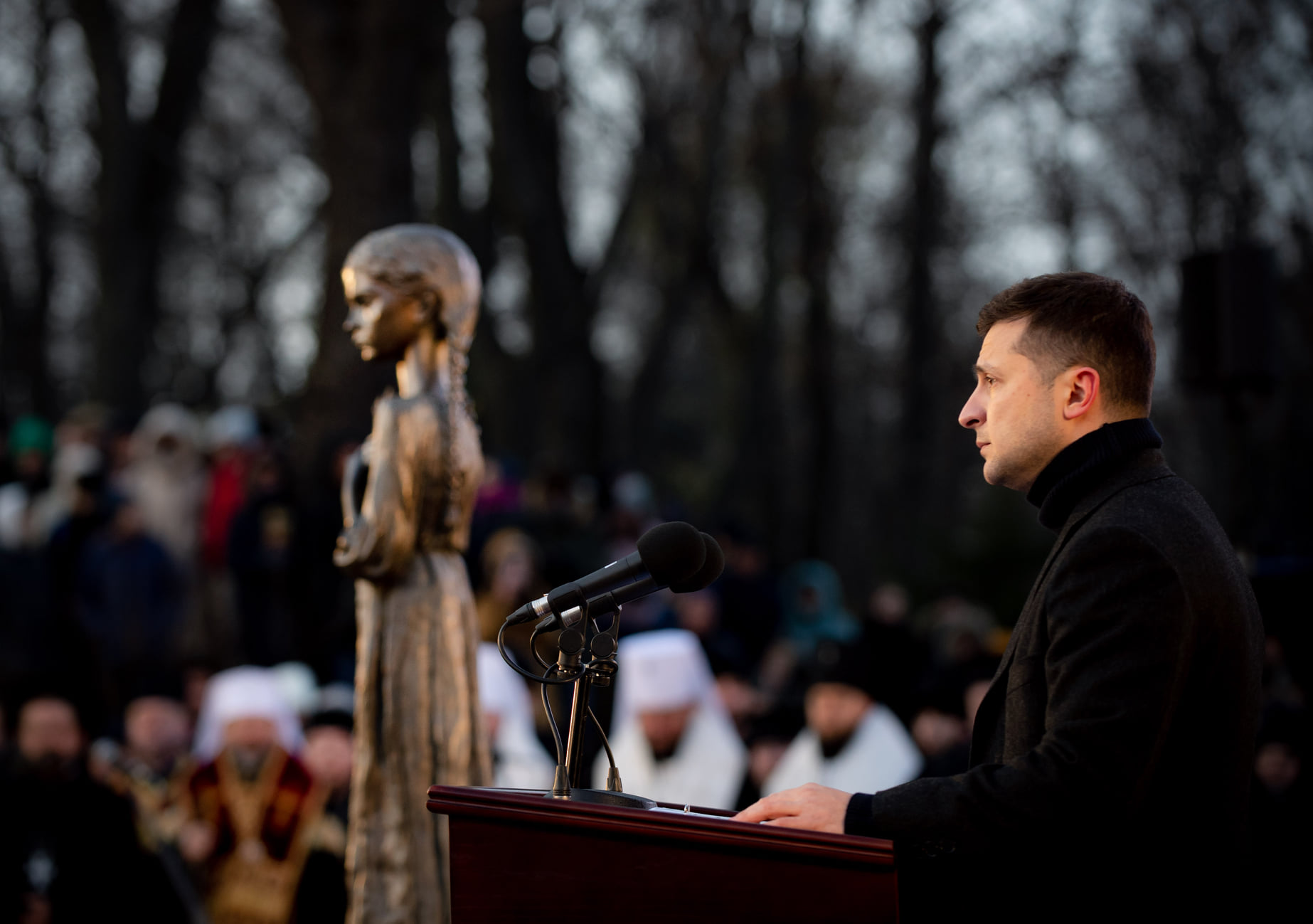 Volodymyr Zelensky: The Holodomor is not a social or economic tragedy, it is a genocide,”

President of Ukraine Volodymyr Zelensky emphasizes that for Ukraine, the 1932–1933 famine is a genocide, not a social or economic tragedy, as one tries to imagine it.

“Many people were killed. They were robbed — their houses, land, cattle were taken away. And when they did not provide their assets, they were killed. They were shot. Millions of people died. Many countries have recognized that the Holodomor is a genocide. And I know that Israel understands this and understands that Ukraine has recognized the Holocaust as genocide. This is not a social or economic tragedy for Ukraine. This is genocide. Millions of Ukrainians have been exterminated,” he told The Times of Israel, Interfax-Ukraine informs.

Zelensky is confident that in the future, the world will recognize that the Holodomor is a huge tragedy for Ukraine, which was in fact was the destruction of the Ukrainian people.

“There was a lot of silence in the various media over the USSR’s policy, because the USSR was hiding all the information. They hid the records, they destroyed the of mass graves. There was not enough information about this. That’s how history was created. We understand that there are different stories. But I am sure that in the future people will understand what is the history of Ukraine and what are the real facts. Millions of Ukrainians were exterminated during the Holodomor,” he stressed.