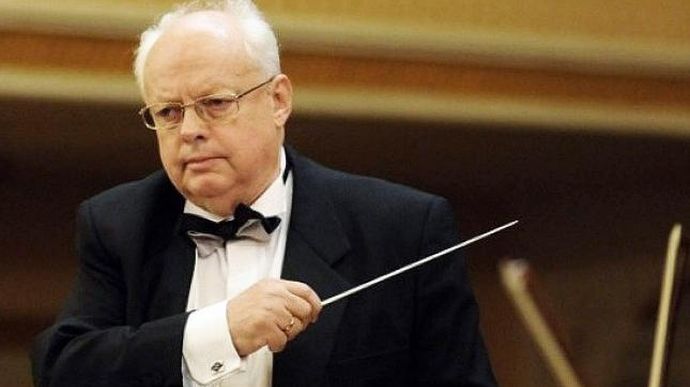 Today, the outstanding Ukrainian composer Myroslav Skoryk, the author of “Melody in A-Minor”, written for the film “High Pass”, has passed away. This melody has become one of the modern symbols of the Holodomor.

Myroslav Skoryk passed away at the age of 81.

🕯Eternal memory to a genius.

Myroslav Skoryk was born on July 13, 1938, in Lviv. His parents were educated at the University of Vienna, and his grandmother was the sister of opera singer Solomiya Krushelnytska.

In 1947, the whole family was repressed and deported to Siberia. There, the future composer studied piano with Rachmaninoff’s student Valentina Kantorova.

In 1955, Skoryk’s family was allowed to return to Lviv. In 1955–1960, Myroslav Skoryk studied at the Lviv State Conservatory named after Mykola Lysenko under the guidance of professors Stanislav Lyudkevych (music theory), Roman Simovych and Adam Soltys (composition).

Later, the composer taught at the Lviv and Kyiv conservatories. For 6 years he was co-chairman of the National Union of Composers of Ukraine, and from 2011 to 2016 he worked as artistic director of the Kyiv Opera.

Myroslav Skoryk was awarded the title of Hero of Ukraine. In his collection, there are about a dozen state awards. The masterpieces of the composer are known far beyond Ukraine.

Farewell to the maestro will take place on Thursday in St. George’s Cathedral in Lviv. Myroslav Skoryk will be buried in Lychakiv Cemetery on Friday.