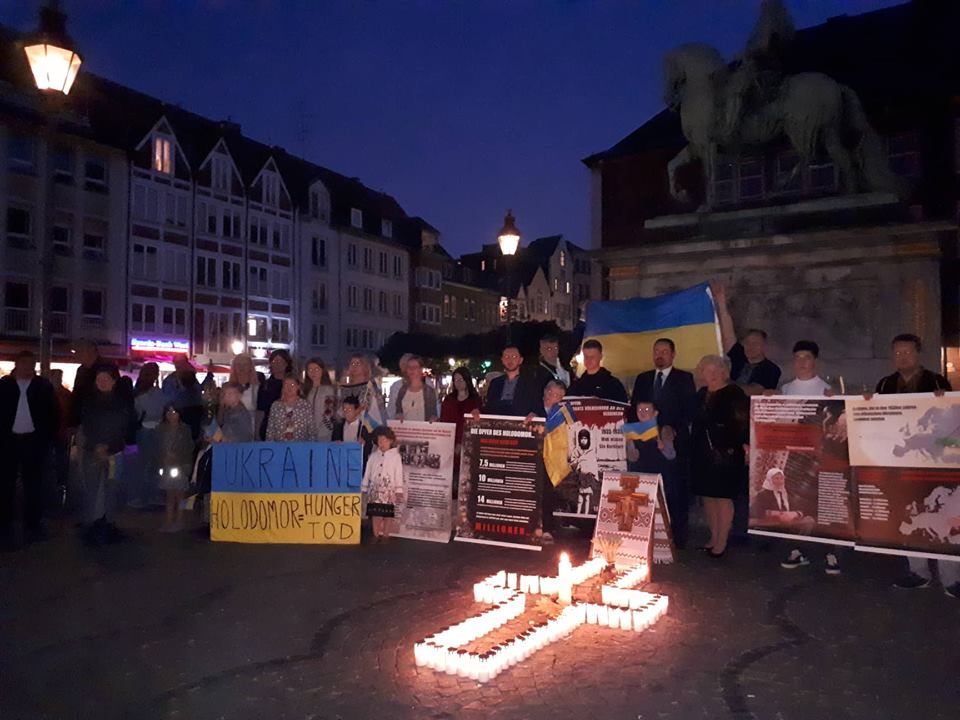 Earlier this year, a petition calling for the recognition of the Holodomor as genocide by Germany, with the strong support of the Ukrainian diaspora, received the required 50,000 signatures and was submitted to the Bundestag Committee on Petitions for further recommendations. The Committee met on 21 October 2019 and, on the basis of the consideration of the matter, concluded that it should be further examined.

The UWC is coordinating Holodomor awareness initiatives, bringing together key Ukrainian stakeholders, including Ambassador of Ukraine to Germany Andrii Melnyk, Embassy of Ukraine in Germany, Association of Ukrainian Organizations in Germany and other major Ukrainian organizations and communities. The campaign will involve a wide range of religious leaders, politicians, scholars and civil society representatives. Informing about the Holodomor will include conferences, media involvement, video presentations of Holodomor eyewitness testimonies, movies, social media campaigns, policy briefings, and memorial events.

“Following the motto ‘Ukraine remembers – the world recognizes!’”, we must solve our task – to combine the efforts and experience of Ukrainians around the world into one coordinated campaign to raise awareness of the Holodomor in Germany,” said UWC Vice President and Chairman of UWC International Committee on the Holodomor, Stefan Romaniv. “We must act together to commemorate the millions of victims of Stalin’s terror by genocide.”