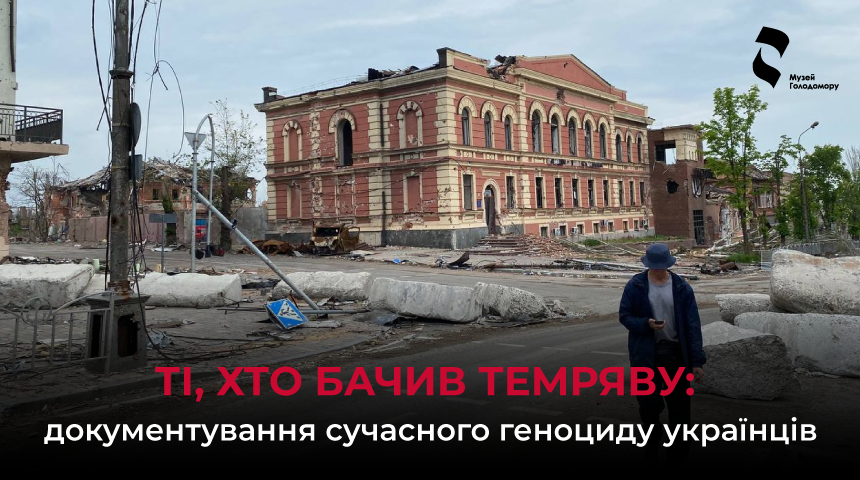 Those Who Saw Darkness: Documenting the Contemporary Genocide of Ukrainians

Unfortunately, the modern Russian-Ukrainian war is not the first historical event that threatened the existence of the Ukrainian nation. In the 20th century, Ukrainians, in addition to two world wars, survived the Holodomor genocide, whose victims were millions of people. At the same time, there are many parallels between the experiences of those who witnessed (or, even more, suffered from) the full-scale Russian invasion and the Holodomor. These are, in particular, starvation, mass mortality and mass burials outside cemeteries, repression against “dissidents”, etc. However, in order to draw parallels between the genocides of 2022 and 1932–1933, a complex of evidence about contemporary events is needed, which we have begun to collect within the framework of our project.

On this page, we will publish collected and processed testimonies of eyewitnesses of the modern genocide of Ukrainians.

The team of the National Museum of the Holodomor-Genocide continues to collect and process the testimonies of people who suffered due to the Russian-Ukrainian war.
If you or your friends and acquaintances have been or are currently in the temporarily occupied territories and are ready to talk about it – please send your contacts to the e-mail box [email protected], or to the pages of the Museum on social networks.