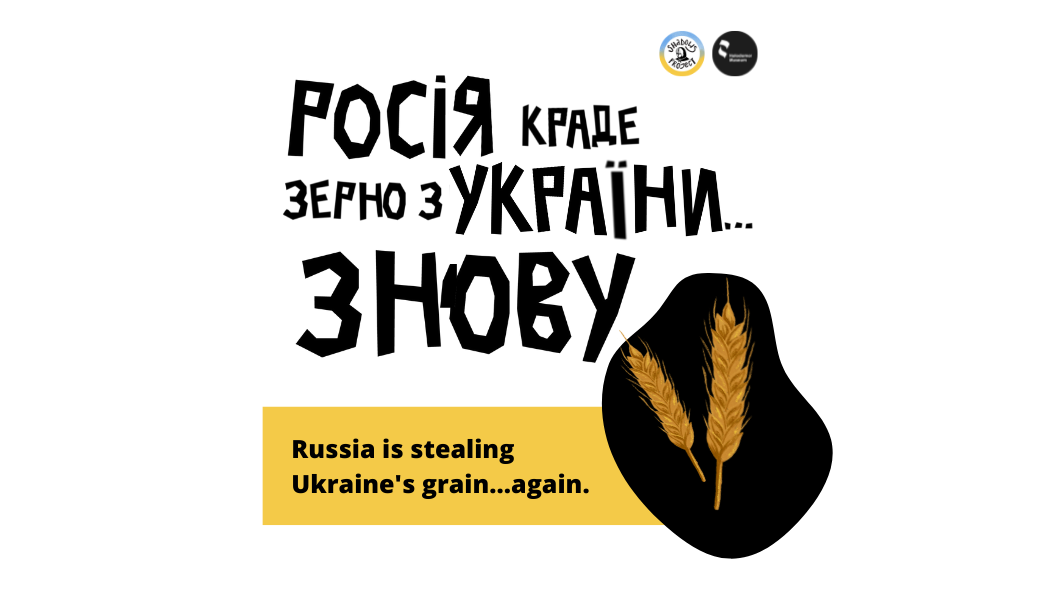 On August 7, 1932, the notorious resolution of the Central Committee and the Council of People’s Commissars of the USSR was issued on the so-called “Law on five ears of grain,” which became one of the landmark documents in the history of the Holodomor-genocide. In the conditions of that time, it forbade people disposing of food and took away the last chances for survival. Leaves, turtles, tree bark, frogs, sawdust, and even leather boots are what Ukrainians had to eat during the Holodomor of 1932-1933.

This year marks the 90th anniversary of the “Law on Five Ears of Grain.” Russia, the legal successor of the USSR, continues the policy of genocide, mass exterminating Ukrainians. The Russians are using long-tested Stalinist methods of “subduing by hunger” by exporting grain and food from Ukraine, looting and destroying elevators and agricultural machinery.

The Holodomor Museum and the international cultural initiative The Shadows Project.

The purpose of the project is to show (including to a foreign audience) what life was like for Ukrainians who survived the genocide committed by the communist totalitarian regime and how these events affected subsequent generations of Ukrainians.

Why Holodomor is an act of genocide?