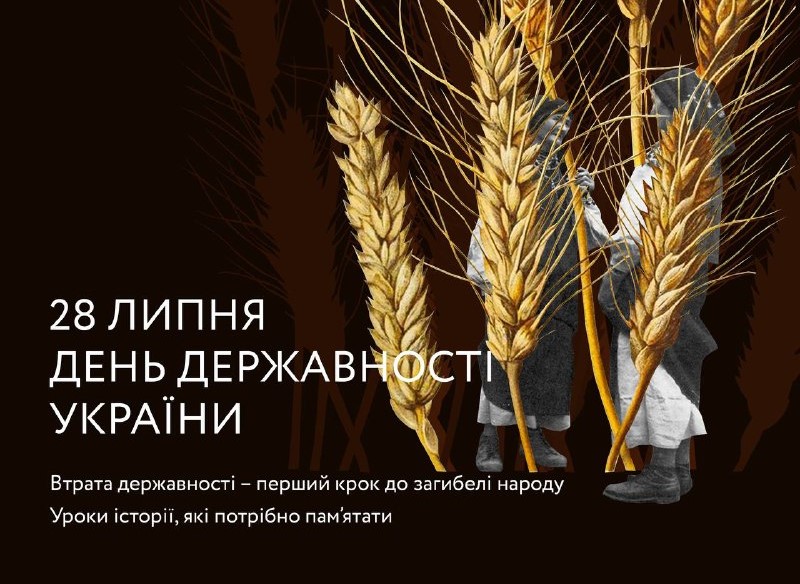 A series of publications for the Day of Ukrainian Statehood

On July 28, we celebrated the Day of Ukrainian Statehood for the first time. Today, when Russia is waging a war to destroy our independence and sovereignty, this holiday takes on a special significance.

The Holodomor was a direct consequence of the Ukrainians losing their statehood. During the Liberation Struggle of 1917-1918, our people chose independence but later let it go. Modern Ukrainian statehood, which began in November 1917, lasted only three years. Our lands were divided by four neighbouring states as a result of the defeat of the Ukrainian armies in the fight against the overwhelming forces of the enemy, The largest part of Ukraine was occupied by Bolshevik Russia. To achieve victory over the Ukrainians, the Kremlin resorted to deception and created a quasi-Ukrainian political regime that called itself national but, in fact, was absolutely dependent on Moscow. From a formal point of view, the Ukrainian Socialist Soviet Republic, proclaimed by the Russian Bolsheviks, had the right to separate state development from Russia. The Soviet constitution of 1924 even enshrined the right to leave the Soviet Union for Ukrainians as subjects of state-building self-determination. However, such a scenario of the development of events became a true nightmare for the Bolshevik leaders. In order to protect once and for all from the possibility of the emergence of an independent Ukrainian state, in 1932–1933, Moscow organized the Holodomor, which aim was the destruction of Ukrainians as a national entity.

The Holodomor Museum team has prepared a series of publications dedicated to the Day of Ukrainian Statehood. They tell about the mistakes and blunders Ukrainians made at the beginning of the last century, which led to the loss of their statehood and later to the Holodomor of 1932-1933.

You can view publications here:

Our sad disputes are a joy to our enemies

The enemy knows no mercy 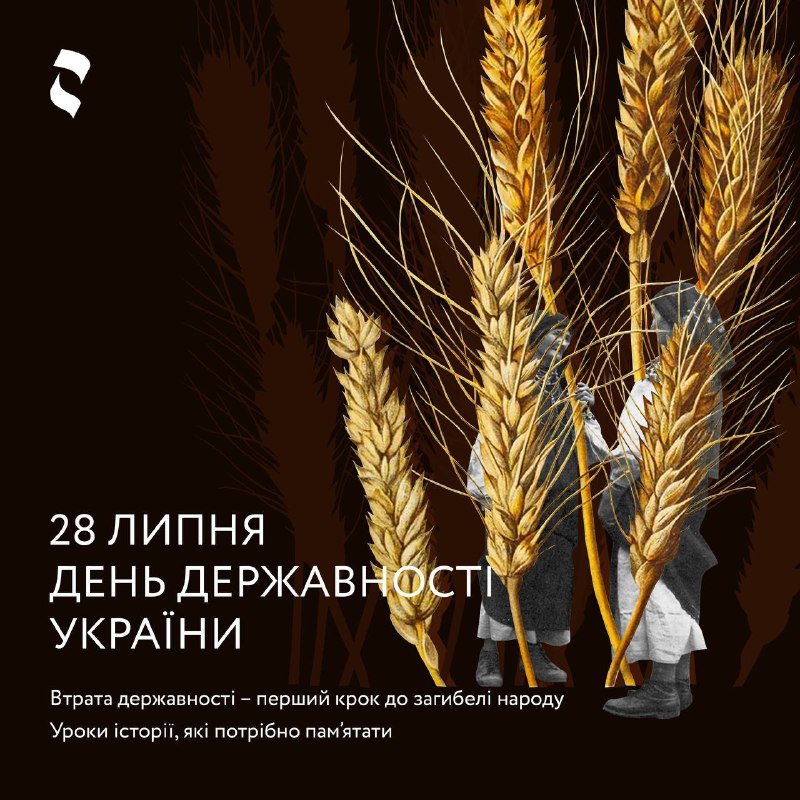