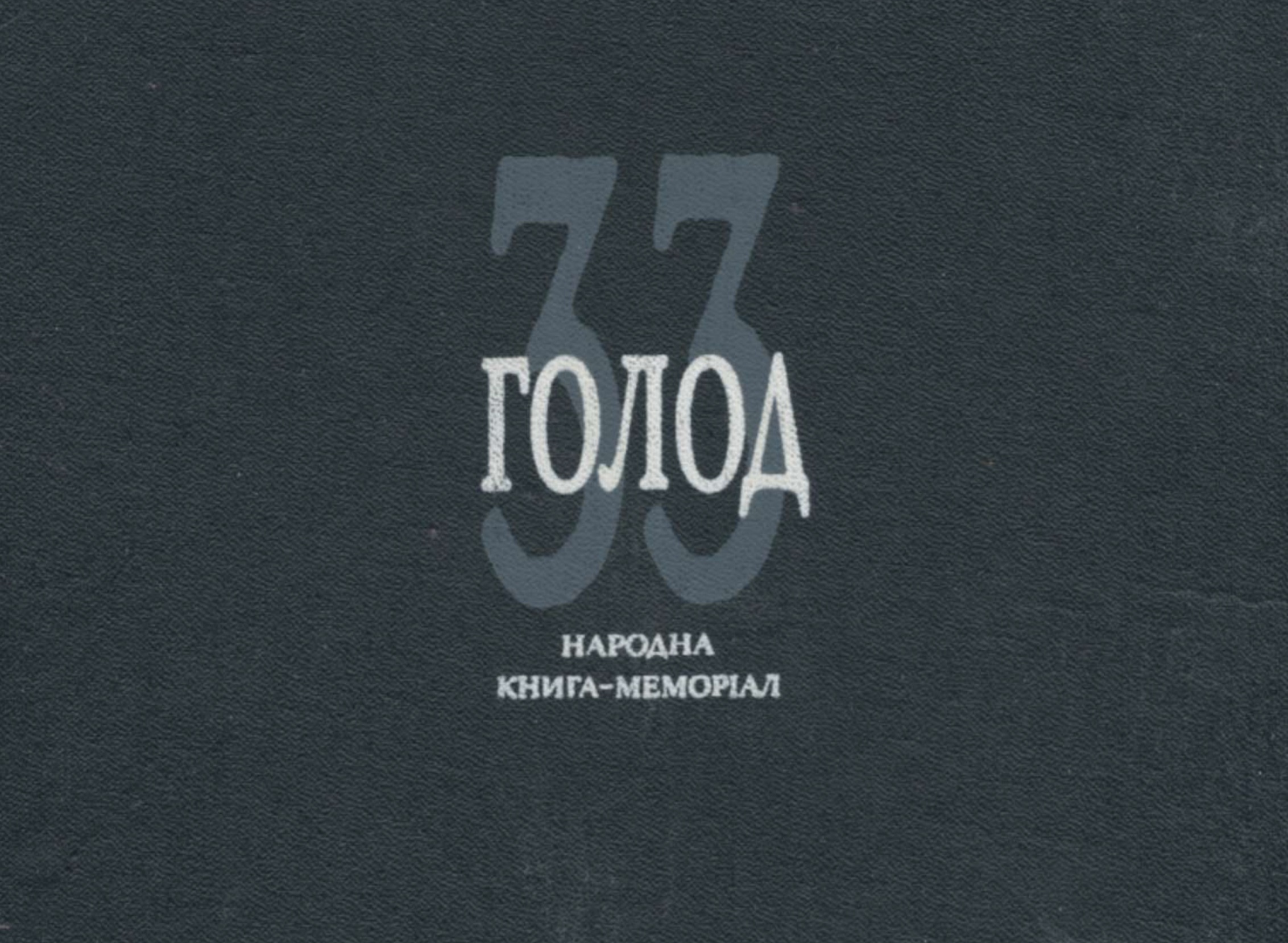 The book “The 33rd: Hunger: People’s Book-Memorial” is the most complete documentary source in which eyewitness accounts of the Holodomor in Ukraine are collected.
With the beginning of the implementation of the “glasnost” policy in the Soviet Union in the second half of the 1980s, Ukrainian activists (journalists, historians) began to collect and publish the testimonies of people who survived the Holodomor. A great contribution to this belongs to researchers Volodymyr Maniak and Lidia Kovalenko, who recorded about six thousand testimonies about the famine-genocide and other violence against the people. More than a thousand such testimonies and various archival materials were included in their book “33rd: Hunger: People’s Book-Memorial”. It took them two years to publish the book.
The materials in the Memorial Book are grouped according to the then (the early 1930s) administrative-territorial division of the Ukrainian SSR, which consisted of seven regions: Vinnytsia, Dnipropetrovsk, Donetsk, Kyiv, Odesa, Kharkiv, and Chernihiv.
Unfortunately, the untimely death of both researchers interrupted this work. For this book, the authors received (posthumously) 1993 the State Prize of Ukraine named after Taras Shevchenko