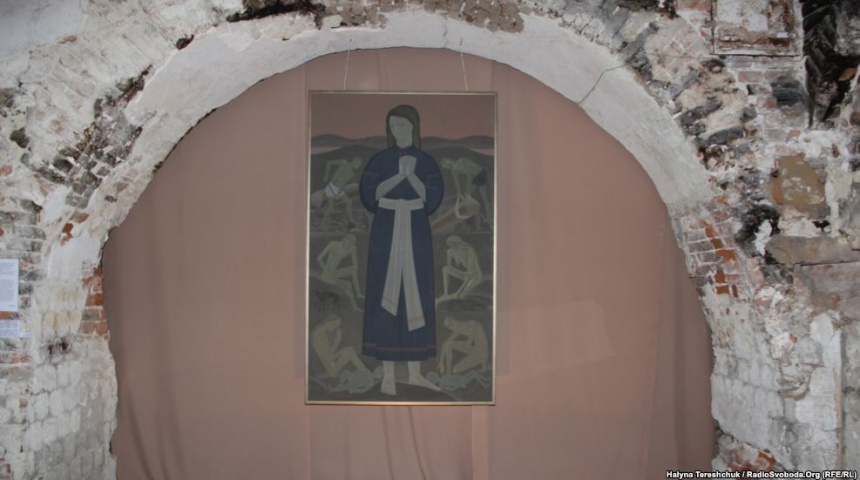 Canvas “Famine in Ukraine. Sorrow” was created in 1972 by the outstanding Ukrainian artist Okhrim Kravchenko, who was one of the last representatives of the current “Ukrainian monumentalism”. Limited number of people, mostly friends who came to Okhrim Kravchenko home knew about the picture. The painting was conceived by the artist as an icon of the Virgin.The image depicts the Virgin as Ukraine in black dress, tied a white towel with red and black embroidered. Its background consist of numerous fragments of the tragedy experienced by the people during the famine.

Art historian Yaroslav Kravchenko, the artist’s son, said his father told him about this tragedy during the life. Because Okhrim Kravchenko was born in Kyiv region and his family experienced hunger.

“When my father painted the picture, I was 16 and I was well aware of this tragedy. His father served to the UNR of Symon Petliura and when in 1933 he returned from exile, the saw effects of famine. His father died but two brothers survived. The picture was  always in the house in the corner, hiding from foreign eyes. My father showed it to only friends and work associates, “- says Yaroslav Kravchenko.