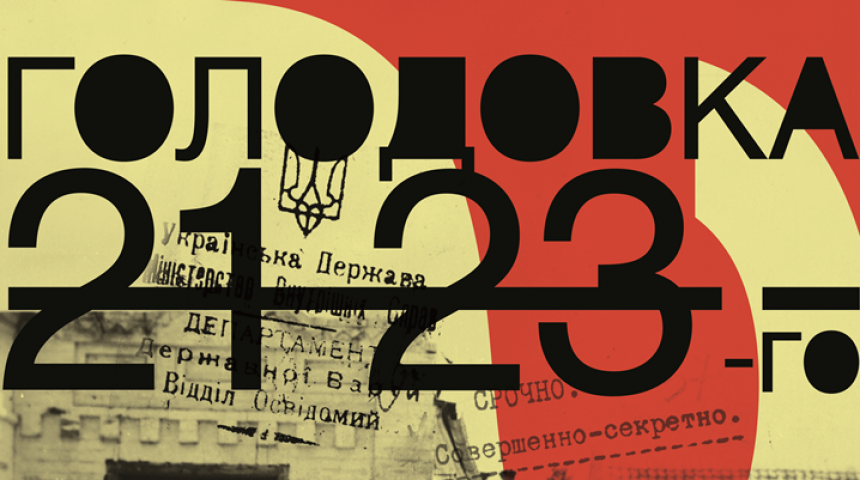 Sometimes in conversations one can hear the phrase “starving Volga region.” It originated in the early 1920s, when Russian territory in the Volga region and part of Ukraine (south and southeast) were gripped by famine, and food detachments loaded food and exported it from Ukraine. It was then that Petrovsky wrote to Moscow: “Having its own Volga region, from the beginning of the campaign until May 1, Ukraine sent 960 wagons of food to the provinces of the RSFSR…”

Even with the aftermath of the 1921 drought, could the Ukrainian people have escaped famine? The materials of the exhibition “FAMINE of 21–23” show circumstances and political decisions of Lenin, which led to an outbreak of mass famine in Ukraine in 1921 and its continuation until 1923, when the catastrophe in the Volga region was already stopped. The materials explain why Soviet historiography remembered the famine in the Volga region more than in Ukraine.

Canadian historian, political scientist, and professor Roman Serbyn said the following about the famine of 1921–1923 in Ukraine, “When there is a threat of famine in the colonies and the metropolis, then the imperialist governments save the metropolis at the expense of the colonies. The fact that this happened in 1921, during the creation of the so-called socialist soviet republics, shows how traditional colonialism merged into one entity with international socialism. “

The “FAMINE of 21–23” exhibition raises the question: were the actions of the Bolsheviks against Ukrainians from the beginning of the occupation to the famine of 1921–1923 warnings of the beginning of the Soviet totalitarian regime in the life of a nation full of suffering, violence, terror and mass murder?

Due to its urgency, special attention is paid to the methods and tactics of the Bolsheviks they used to seize the territory of Ukraine, such as the creation of “puppet” authorities and the introduction of the Russian Red Army on the territory of Ukraine, an undeclared war with the Ukrainian legitimate government called the “civil war” and splitting society through propaganda.