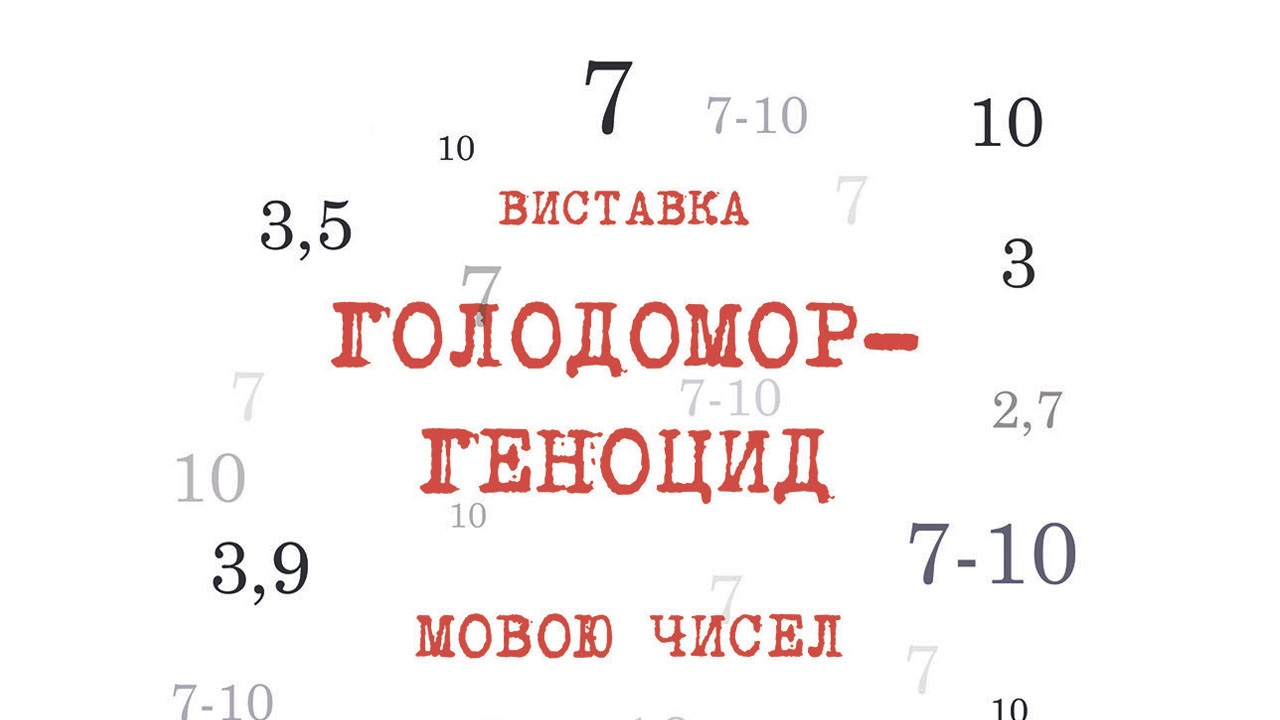 "HOLODOMOR-GENOCIDE BY THE LANGUAGE OF NUMBERS"

With the forthcoming 85th anniversary of Holodomor in our country, the attention of foreign countries to this crime has increased. In 2017, the genocide of the Ukrainians was recognized by Portugal. In March and June 2018, draft resolutions on the recognition of Holodomor of 1932–1933 as genocide of the Ukrainian people were brought to the Senate and the House of Representatives of the US Congress. The document states that the events of 1932–1933 in Ukraine were planned by the Stalinist totalitarian regime, were directed against the Ukrainian people and were the genocide. Also, the resolution includes recognition of the conclusion of the US Government Commission on Famine in Ukraine (dated 22 April 1988) that “Stalin and his entourage committed genocide against Ukrainians in 1932–1933.”

In the context of the hybrid war, launched by the Russian Federation against Ukraine, the attention of the ruling regime of the successor country of the communist empire is paid to the theme of Holodomor. Not only at the army of paid instigators in social networks, but also entire scientific institutions were aimed to discredit the work of Ukrainian scholars and foreign researchers on various aspects of Holodomor. The problem of the number of victims of Holodomor in Ukraine and Ukrainians beyond its borders is one of the most widespread themes of Russia’s informational war against Ukraine and intra-Russian public and political discursive practices.

National Museum of the Holodomor Genocide closely monitors the scientific and public political discourse on the scale of the losses of the Ukrainian nation as a result of the 1932–1933 crime of genocide, organized by Moscow occupying regime. At the same time, the museum’s scholars not only fix passively the alternative thoughts, but also participate discussions, covering the topic by museum own resources. The Hall of Memory of the Museum became a platform for “round tables”, lectures of leading researchers on Holodomor, a presentation of the Electronic Atlas of Holodomor, developed by the Ukrainian Institute of Harvard University, and other events. In 2016 the publicity was attracted to the Hall of Memory by the exhibition created by Rostyslav Bortnyk, which was dedicated to the number of losses. It was called “163. One Man—One Grain”. The museum also co-organized three international scientific and practical conferences in 2016, 2017 and 2018, where the problem of the number of genocide victims was among the issues of great concern.

The implementation of the new exhibition project “Holodomor Genocide by the Language of Numbers” is intended to draw attention to the problem of various quantitative indicators of the genocide victims. The roots of this problem originate from the denial of the crime, concealment of archival sources and falsification of statistical materials by the authorities. The exhibition will speak with the visitor by the numbers of official Soviet statistics, including the results of the all-Union censuses (1926, repressed one in 1937, falsified one in 1939), by the words of the witnesses of the crime: those who survived, foreign journalists and diplomats, by the researches of Ukrainian and Moscow demographers, as well as numerous scientists – historians and demographers.

The purposes of the exhibition are to tell about the current problem of establishing the number of people killed by famine in Ukraine; to highlight the evolution of approaches to the counting of the number of the Holodomor victims both in the retrospect of research and in modern interpretations of Ukrainian and foreign researchers; to draw the attention of the society to the fact that there is no person without memory and if it is impossible to name the name of each victim, at least  it is necessary not forget about the total number of them.

The author of the idea is Olesia Stasiuk, PhD in History.

The curator of the exhibition, the developer of the project is Nina Lapchynska.

The designer is Tetiana Zhuravska.