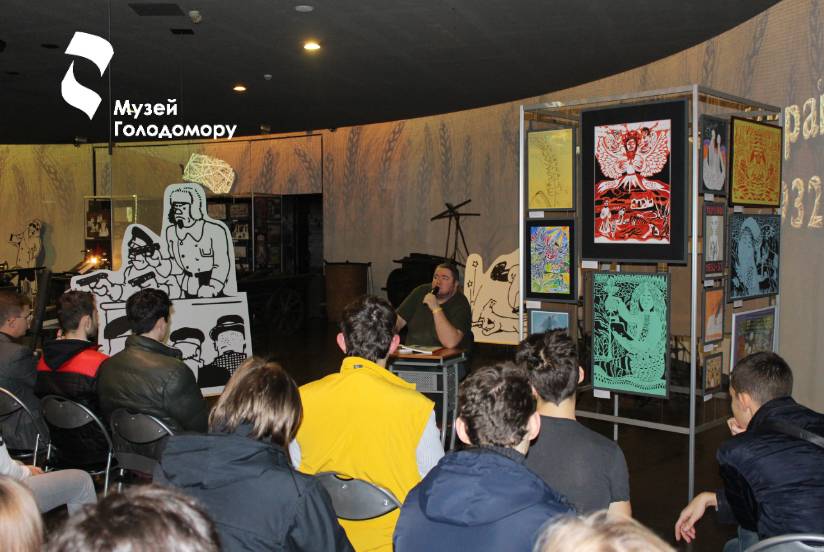 About Tintin at the Holodomor Museum

On November 14, the famous cultural figure, main curator of the international festival “Anna de Kyiv Fest” and the initiator of the Ukrainian edition of “Tintin. Twentieth Century Reporter in the Country of the Soviets” Fedir Balandin opened a series of lectures on the presentation of the world-famous comic book in Ukraine.

Comic book history begins with painting in churches when icon painters depicted acting in drawings: “Comics are the art of storytelling for society in a simple and comprehensible way. The story is cyclical, so the events described by the author of Tintin are repeated today. That is why the audience of Tintin readers has no boundaries – it will be relevant for both teens and their parents.”

We would like to remind you that during November and December everyone can attend the lectures of the writer Oleksandr Irvanets, the film director of the movie “The Guide” Oles Sanin, the producer of the movie “Mr. Jones” Yehor Olesov and others.

Special Project: Lectures within the Presentation of the World-Famous Tintin Comic Book in Ukraine.

Educational, exhibition, scientific projects to the 86th anniversary of the Holodomor.